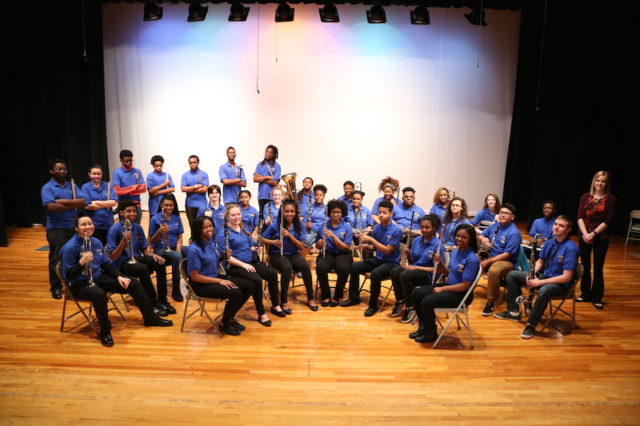 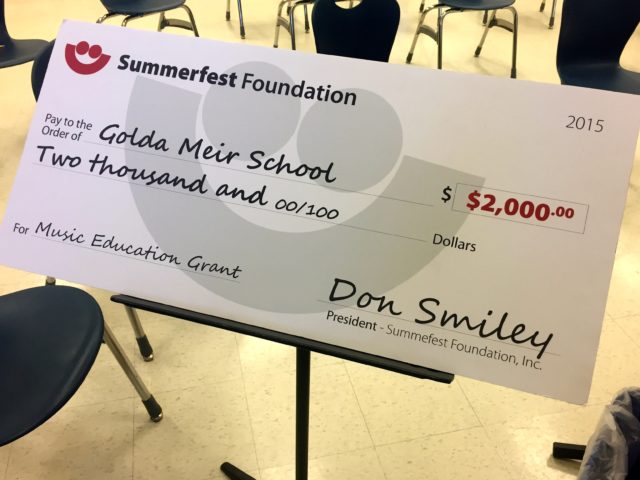 Click the player below to hear how one MPS school launched an orchestra program thanks to a grant from the Summerfest Foundation.

“I play the cello, and it’s only been a year now.”

Brendan Davis is a sophomore at Golda Meir High School, a public high school in downtown Milwaukee.  And he is among the first students to play in it the school’s new orchestra program.

“I love the sound of [the cello], and I feel it’s very underrated.”

He says even though he has only been playing for about a year, he just feels different when he plays.

“When you start playing things right, you get this surge of confidence, just out of nowhere.”

And he’s bringing his newfound talent to the school ensemble, led by Orchestra Director Jaimie Shores.

“When I got to the school here last year, there were broken instruments and remnants of a fallen empire of music teachers,” Shores said.

The new program was made possible through a grant from the Summerfest Foundation.  She was able to buy “must-haves” like strings, rosin, and sheet music.

“Because there was not an orchestra here before, there was no string music library.  I had to purchase all of that, and it’s expensive.”

Last year, the foundation donated a total of $25,000, divided among 10 partner schools, including:

Sarah Smith Pancheri is the VP of Sales and Marketing for Summerfest.  She also is an Officer of the Summerfest Foundation.

“We might be looking for the next Prince, Beyoncé or Bruce Spingsteen.  You never know who’s out there.”

And the foundation plans to do it all over again this year. It is still accepting grant applications.

“It’s our purpose to support in-school, after school and summer programming that exposes kids to music,” she said. “Our goal is to get as many kids exposed and playing music as possible,” Smith Pancheri said.