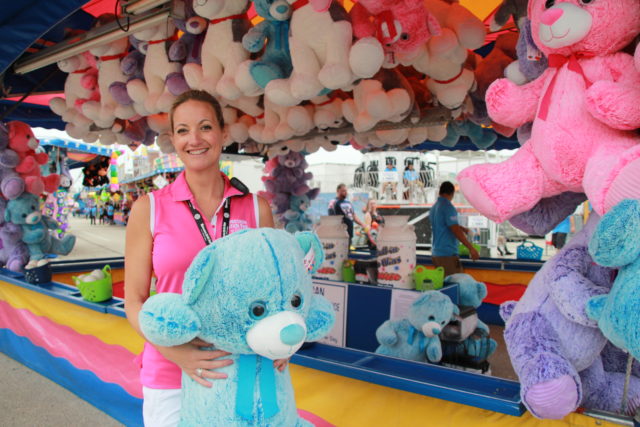 The woman who keeps the Wisconsin State Fair spinning

The bright neon lights of rollercoaster rides and carnival games light up I-94 every August – but have you ever wondered who it is that helps make the Wisconsin State Fair glow?

Meet Shari Black, the woman filling your stomach with fried foods and nacho cheese then turning it upside down on rollercoasters at State Fair’s Spin City. Listen below. 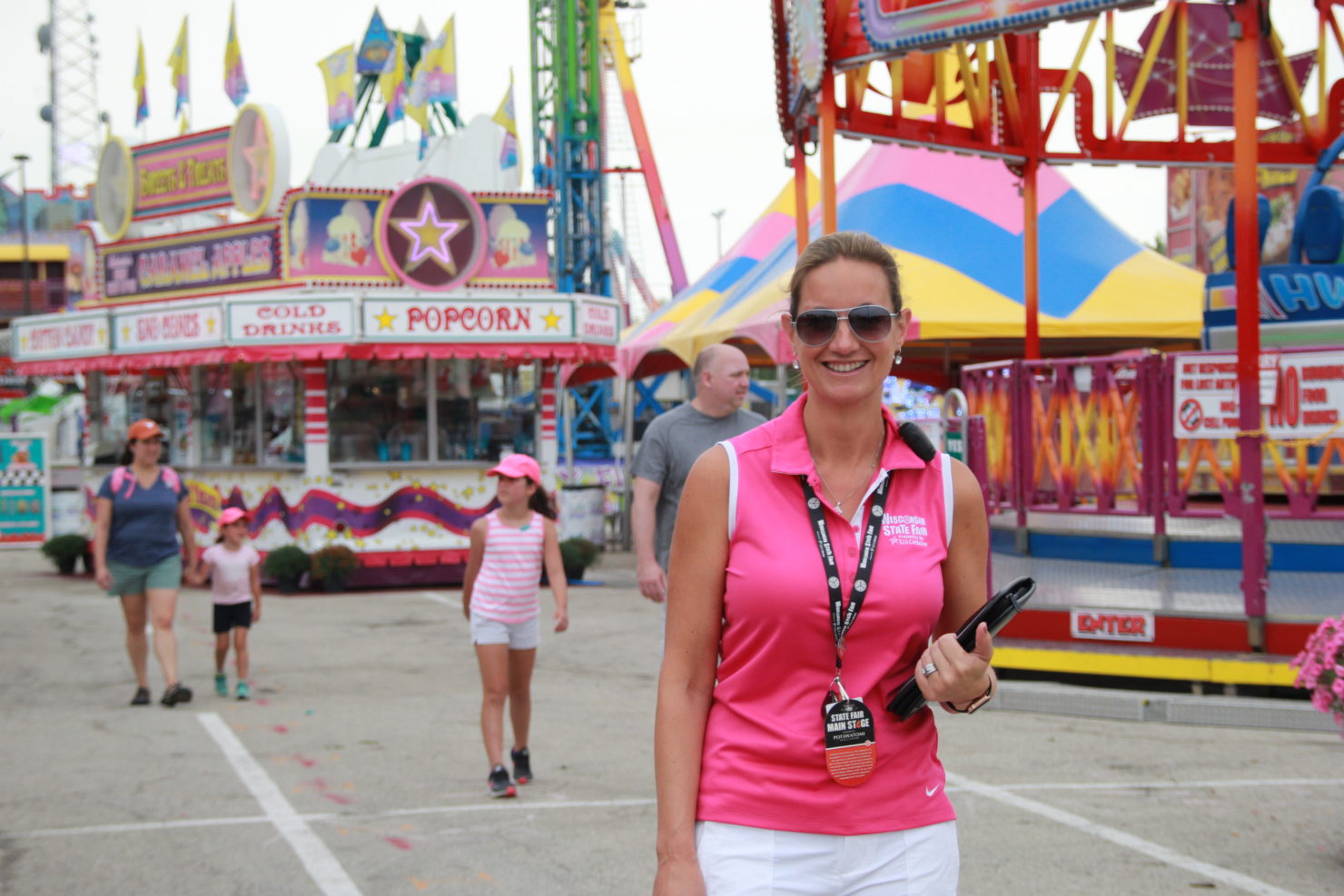 The carnival life is in Shari’s blood – that’s what she tells me at least. Honestly, her resume sure supports the notion. Shari Black grew up in suburban Wisconsin where her family raised cattle and farm animals while she was growing up. She started showing animals at the State Fair when she was just nine-years-old. Her first job in high school was at the Waukesha County Fair, and by age 23, she was running the same fair.

In 2016, Black entered her role as Senior Director of Event Sales and Services. She’s humble about her title and tells me it means she is in charge of all the events happening at State Fair – which are a whole lot. This includes Harvest Festival in the autumn, the new Christmas shopping boutique coming this November at the Expo Center and many other seasonal events happening all year.

Despite her already busy day-to-day at the fair grounds, Black also focuses on the Wisconsin State Fair year-round. Her team makes Spin City happen. Her time is in charge of hiring every vendor in the Spin City area – from the rides to the games to the food carts, as well as professional inspectors to make sure all is good to go before the fair kicks off.

Black gets a rewarding thrill out of re-creating the same excitement, laughter and warmth that she remembers during all her years at the fair. Enjoy Spin City at the Wisconsin State Fair, which ends Sunday, August 12.