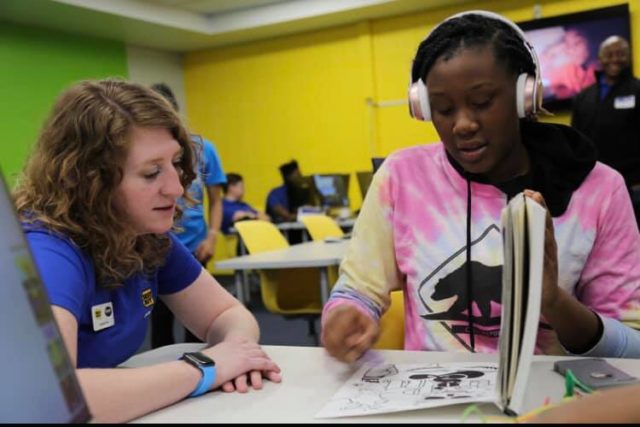 It has been just over three years since the unrest in Milwaukee’s Sherman Park neighborhood. Talk to many residents in the neighborhood now, and they’ll point to how the community has rebounded.

But it was raw three years ago.

I remember going there right after it happened. Broken glass studded the sidewalk, yellow hazard tape clung to buildings, flailing in the wind that still carried the smell of smoke and gasoline.

As an outsider, I couldn’t help but wonder what it was like to live right there when it was happening. The sadness and terror residents surely experienced. The turmoil the rest of Milwaukee watched on TV.

“The riots were something that hit close to home to me,” says lifelong resident Donte Daughtry. “It tugged at my heart strings, I just was wondering what I could do.”

Daughtry lived through it. As a program manager at the Boys & Girls Club in Sherman Park, when he walked into work the next day, the kids were looking to him for answers.

“They were wondering what they could do. They hadn’t been entrenched in something this vital before. It was literally a life or death situation,” Daughtry says.

He did his best to talk with the kids, to set a positive example and to help them work through their feelings. But he wanted to do more. He wanted to make art.

Now, after years of dreaming and planning, he helped the youth from the Sherman park Boys & Girls Club put out an album.

“It’s titled ‘Listen to the Kids, Vol. 1.’ And it’s a journey through our youths’ lives,” Daughtry says.

The album features eight deeply personal tracks tracks in total, a mix of songs and poetry.

I talked with high school students Nairobi Ware and Deanna Campbell. Both worked on the album, and I asked them both what they hope Milwaukee takes away from their music.

“The title is ‘Listen to the Kids’ so listen to the kids! I hope you guys take that away,” says Campbell.

“I think the reputation that us young folks have around the area like ‘they’re savages, they don’t listen.’ But once you come into the [Boys & Girls] Club, all that’s gone. You have to understand you’re not the only one here,” she added.

Ware says his favorite track on the album is “Fadeaway.”

“One, I produced. And there’s different flows and verses on the song. It’s a versatile track,” he says.

“It’s a salute to them for them to even be able to be so transparent and so vulnerable on these tracks,” Daughtry says.

Listen to the album below, and Donte says keep an eye out for volume two. He says hopes to release it in the near future.