SistaStrings on the vision behind their debut EP, ‘Lift’

SistaStrings on the vision behind their debut EP, ‘Lift’ 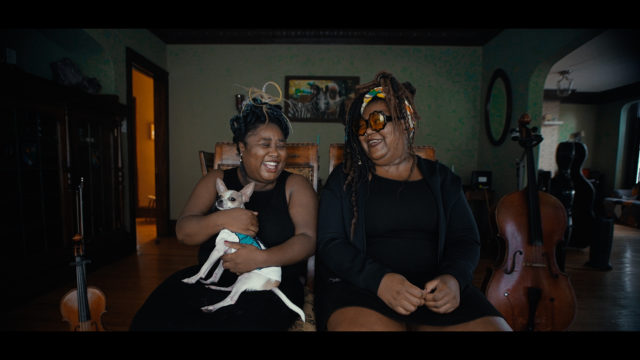 It isn’t common to happen upon live classical music as the backdrop to an evening out in the city. If you have, it’s likely stuck with you. So when you hear “famous cello/violin duos in Milwaukee,” I bet SistaStrings is the first name you thought of.

Monique and Chauntee Ross, the sister duo better known as SistaStrings, are a force. Their vivacious, sparkly personalities are infectious — coming through even when behind their instruments.

Chauntee (left) and Monique Ross (right) have experienced a steady, successful rise in the Milwaukee music scene as SistaStrings.

Since debuting on the Milwaukee music scene in 2014 they’ve experienced a steady rise to familiarity through both their presence on stages throughout the city and in collaboration with fellow artists. Their brand-building is methodical, intentionally weaving in influences from gospel to pop to R&B, and resisting releasing any original recorded music until they felt ready.

Five years since introducing themselves as SistaStrings, their increasing fanbase continued putting on the pressure for them to release a recorded album. In July 2019, they granted that wish with the debut of their first EP, “Lift.” 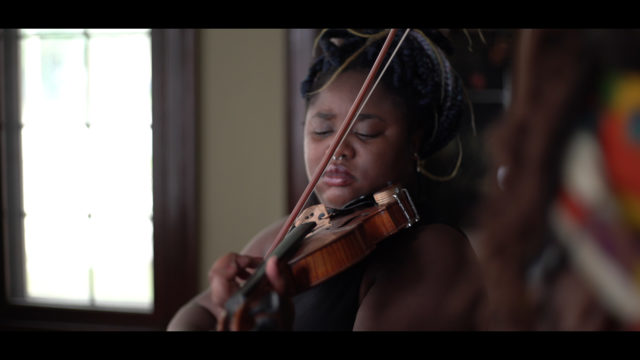 SistaStrings plays a renditions of “I Put a Spell on You” during the filming of our Community Story video.

Classical instruments in mainstream media isn’t new, but it has received increased visibility as of late, most notably with Lizzo integrating her flute (named “Sasha”) into her chart-topping music.

In a recent Instagram post, Lizzo reacts to a video of a University marching band playing her flute solo from her BET Awards performance of “Truth Hurts,” explaining that growing up she was a true “band nerd” and that playing classical instruments at that age was deemed unpopular.

Monique and Chauntee echo this sentiment in how their love of music superseded the desire to do what everyone else was doing, and are now able to share that message to the younger generation using teaching as a vehicle.

Monique currently teaches for the Wisconsin Conservatory of Music and Chauntee teaches for the Milwaukee Youth Symphony Orchestra’s Progressions program, along with the Prairie Hill Waldorf School. 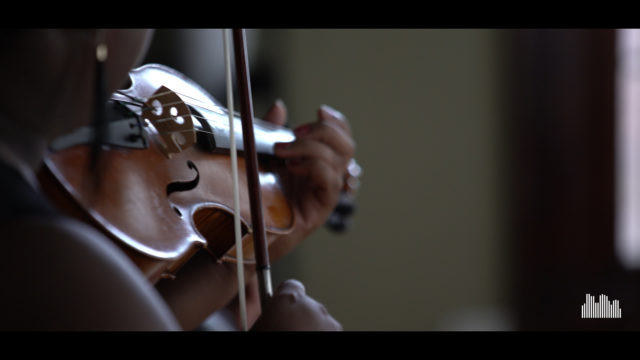 SistaStrings teaches music, primarily string lessons, to kids while emphasizing the message that it’s okay to love what you love, even if it’s deemed unpopular.

There was a sweet moment in our interview where Chauntee was reminded of a scrapbook Monique made for her as a teenager — and how it became an accurate foreshadowing of what her life would look like. The violin and teaching music were both represented.

Get to know SistaStrings by watching the Community Stories video (above) and be sure to stream “Lift,” available now.