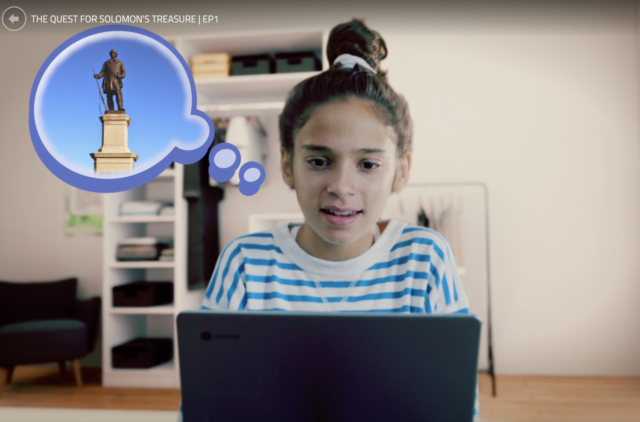 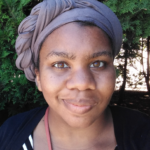 Imagine. Somewhere in Milwaukee a couple of  kids are sitting at each of their homes bored. They’re done with online learning, they’ve done their homework and they don’t have much to do with a pandemic underway.

So what can they do?

How about explore and learn about Milwaukee? Well that’s what a few kids do in Solomon’s Quest.

Actor and Milwaukee native Jeremy Tardy — who you might have seen in Netflix’s “Dear White People” and “68 Whiskey” — is directing a new mini series called Solomon’s Quest where kids in Milwaukee learn about the Cream City by going on a treasure hunt.

“The writer, John McClay wanted to allude to the reality of what’s going on in the world right now, without actually making it about Covid and people not being able to go outside,” says Tardy.

In the series the main character, Frannie has an immune condition that keeps her inside, parallel to how many kids are stuck inside due to Covid.

Frannie however stumbles upon an old riddle that she asks her friends to help her solve. With some internet sleuthing the kids are on their way in their pursuit of finding treasure in Milwaukee.

“This is a project about kids literally exploring Milwaukee but we’re in the middle of a pandemic, and there’s no way I’m about to risk their safety on my own.” Tardy says. “I’m looking to be creative, in my own right, innovative and I think that under the circumstances, the best option for us, was literally to put them against the green screen and shoot everything.”

Shots of the kids in their rooms and the outdoors are all done over a green screen. Tardy says that he used Unreal Engine, originally developed by Epic Games to be a gaming engine, to create a lot of the effects.

As someone who is from Milwaukee, Tardy says he is happy to work with First Stage again.

First Stage is a Milwaukee based theater company that helped him get interested in acting when he was younger.

Tardy says he is also happy that he gets to showcase the city.

“I was very much a proponent that there are very many cultures in Milwaukee,” says Tardy. “There is a very real Native American presence there in Milwaukee and understanding that these communities really have a huge contribution to their city, that oftentimes goes unnoticed.”

The series runs around 45 minutes in entirety and gives quite a glimpse into Milwaukee’s diverse history.