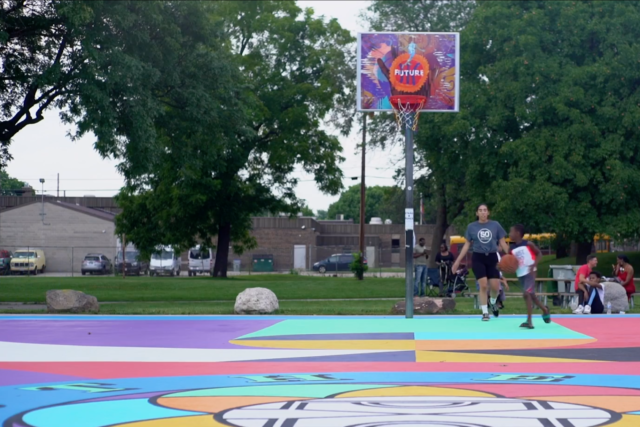 Tiefenhaler Park has been blessed with peace and prosperity. On August 25, neighborhood residents and others from around the city gathered at the park to celebrate and witness Mayor Tom Barrett deliver the Proclamation of “Stand 4 Peace Day.”

Tiefenhaler Park lives in the 53205 zip code — another Milwaukee community plagued by crime, poverty and a lack of resources. To locals Anne and Ben Koller, this zip code was always home. Despite their lives taking them to other places, they remain dedicated to the neighborhood that raised them.

The Koller family was an outlier in the 1980s and 90s. Their pale skin and blonde hair stood out, especially after White flight drove White families to the suburbs. “My dad made a choice to raise us here,” said Anne, one of the organizers behind Stand 4 Peace Day. 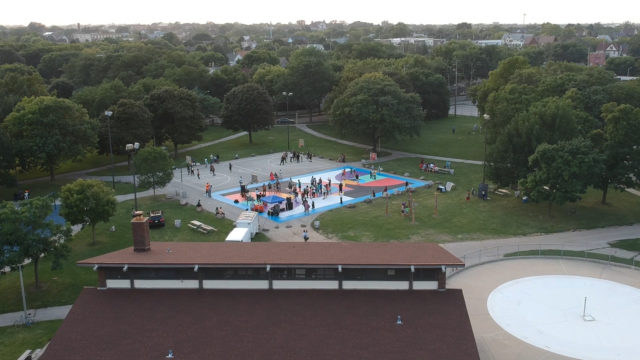 Ben says this project, for him, was about 20 years in the making. He reminisced about a scholarship essay he wrote in which he vowed that when he made it, he would return home to bring an arts and sports collaboration to the neighborhood and park he loved. Sure enough, he fulfilled his promise.

After receiving funding from the Harry &. Mary Franke Idea Fund and a grant from the City of Milwaukee Arts Board, the Koller siblings recruited a team of local artists to transform one of two basketball courts at Tiefenthaler. The artists painted the court symbolically to thanks a community-based art project created by a team of Milwaukee artists.

Muneer Bahauddeen was one of those artists and installed five peace posts with tiles made from members around the community. The tiles represent what peace in Milwaukee looks like to them. WebsterX of New Age Narcissm also assisted with the proclamation and performed an intimate show on the court with the community.

But this is just phase one.

The Koller siblings plan to paint the second basketball court, but are opening the design up to the community. They also hope to learn about the park’s programming needs according to the neighborhood. “I know this will take time,” said Anne. “It’s a community to participate in and to honor.”