Riverwest hosts Standing Rock, Take Me from the River

Riverwest hosts Standing Rock, Take Me from the River 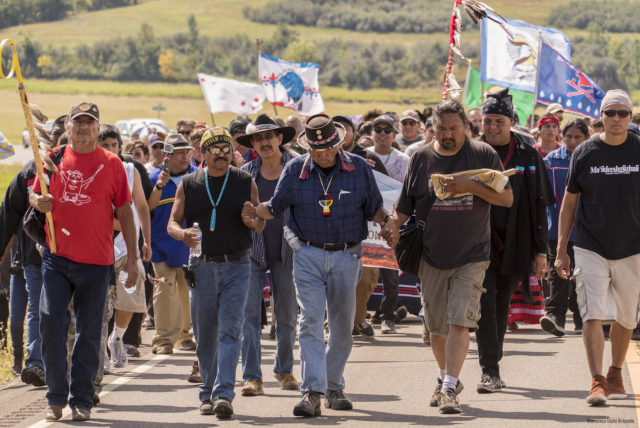 A little over a year ago, a group of people from Wisconsin traveled to North Dakota to demonstrate against the Dakota Access Pipeline that would go through the Standing Rock Reservation.

Denny Rauen, owner of Rauen Guitars in Riverwest, followed his friends from the Overpass Light Brigade to North Dakota and he brought his camera.

Listen to the story below to hear about Denny’s film Standing Rock, Take Me from the River.

On January 25, Rauen screened his film at the Riverwest Public House Cooperative for the community. The film documents the demonstrations that took place in Standing Rock, showing peaceful protection of reservation land being threatened, according to Rauen.

“What little media it [Standing Rock] did get, it was shown as angry, but it wasn’t that way… I have film that proves it” said Rauen.

The documentary has already traveled around the country to different film festivals and universities for education purposes.

The documentary has become part of the official selection for several film festivals such as Metamora Film Festival, All Seas Film Festival, Peace on Earth Film Festival and a few others. For screening and award information, visit Rauen’s website here.