Taiwanese baseball is the joyful diversion we need right now — cheerleaders, robot fans and all

Taiwanese baseball is the joyful diversion we need right now — cheerleaders, robot fans and all 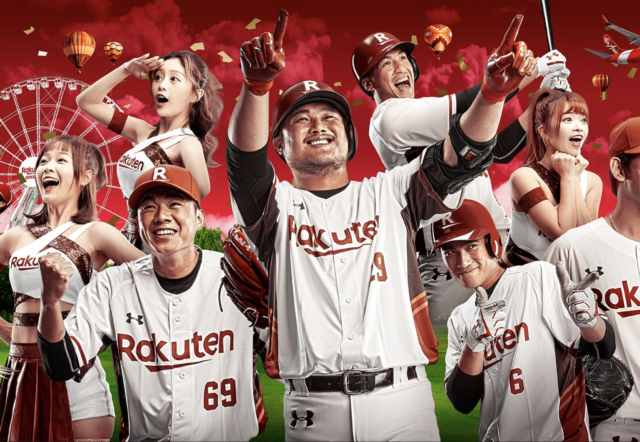 If there’s one thing this pandemic has taught us, it’s how to appreciate seemingly poor substitutes for the real thing. Denied our usual comforts, we’ve learned to make do with consolation prizes, be they curbside pick-up brunches in place of dine-in ones, Zoom happy hours in lieu of bars, or Netflix parties instead of actual parties. No, live streamed music isn’t nearly as satisfying as a real concert, but we’ve gotten very good at pretending.

Which brings us to baseball. By now we should be a month into the MLB season, and despite some newfound hope that the league could return this summer, even under the most optimistic scenarios opening day is at least another two months away. Thankfully, there’s a substitute available for this, too — albeit one as unideal as all the other substitutes we’ve embraced over the last five weeks. Taiwan’s Chinese Professional Baseball League started its season earlier this month, becoming one of the only professional sports leagues in the world to resume operations.

Most American coverage of Taiwan’s CPBL league has gawked at the novelty. With no fans in the stadium, the stands are filled with cardboard cutouts, mannequins and even robots, and yes, it’s a little surreal. But don’t let that uncanniness overshadow the topline good news: It’s baseball, and you can stream it for free. Every day you can watch a live baseball game, broadcast in English. For sports-starved American viewers, that’s huge. It may not be the greatest baseball you’ll ever see, but for now it’s the only baseball you’ll see, and what these games lack in elite sportsmanship they make up for with scrappy charm.

The CPBL should also reassure MLB fans worried about the prospect of games in empty stadiums: They aren’t inherently depressing. Even absent thousands of cheering fans, the CPBL games still feel like regular baseball, with the same slow/fast/slow pacing and tense, fateful moments as American ball (if anything the action is a little brisker, since the league is hitter-friendly). The games are loud and lively. Music blares through the stadiums. Teammates applaud and cheer vigorously, as if to make up for all the fans that can’t be there.

It helps, too, that CPBL broadcasts play up the entertainment factor. Cheerleaders do cheeky dance routines. Mascots clown around while wearing face masks. Some of the cardboard cutouts (“humanoid cheering boards,” as one precisely translated tweet called them) are actually really clever. It’s these cultural differences that keep the games from feeling like watered-down versions of American baseball.

UniGirls teach you how to dance with the #UniLIons song! Learn your moves so you can dance with them next time when you come to #Tainan #CPBL https://t.co/w8Tw99Xre6

Now the downsides: The time difference is inconvenient. Taiwan’s evening games broadcast in the early morning here, which means if you want to catch them live you’ll be watching over breakfast. That’s not nearly as fun as having an afternoon game to listen to while you grill or do yard work.

Also, the CPBL doesn’t offer much in the way of star power. The few ex-MLB players in the league tend to be farm hands or cup-of-coffee guys like former Detroit Tiger Ryan Carpenter or ex-Diamondback Bryan Woodall. The only player the league has with any Brewers ties is Josh Roenicke, who never actually pitched for the Brewers but did have one terrible Triple A year in the Brewers system (he’s also Ron Roenicke’s nephew, which maybe counts for something).

But sports fandom is inherently arbitrary, and since Taiwan’s league only has four teams, it’s easy enough to pick a random club to root for. The obvious choice is the Rakuten Monkeys, the league’s most dominant team and the one that first began broadcasting in English, though the others quickly followed suit. (Games stream each morning on the Eleven Sports Twitter page. A complete guide on other ways to stream is here, and this entertaining page offers a smart overview of the teams and highlights players to watch if you need help decided who to root for).

It only took a few days for me to become convert. At first I began streaming CPBL games mostly for the background noise (there’s something uniquely comforting about the sound of a baseball game). But yesterday morning something unexpected happened: I found myself actually paying attention. After trailing the Uni-President 7-Eleven Lions (amazing team name), the CTBC Brothers pulled ahead at the top of the 7th, building a 9-5 lead. The Lions, however, had their own rally in them. With bases loaded in the bottom of the 9th, the Lions cut the Brothers’ lead down to 9-8 on a pair of big doubles (including a near homer). They couldn’t finish the job, though — a heartbreaking ground out ended their chances. For a few at-bats it didn’t even matter that I didn’t have a rooting interest in the game; I felt vested in the outcome of a ball game for the first time since last October.