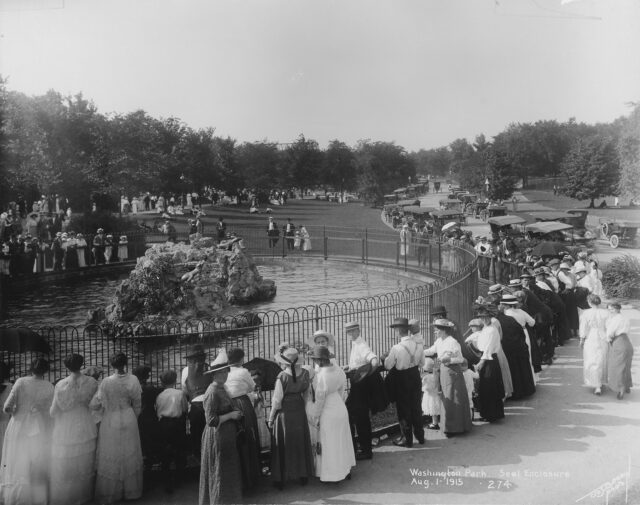 We’re taking a trip to the zoo — and through time — in a special two part episode of Urban Spelunking.

This week, we’re headed to the zoo’s first location Washington Park, where it was open from from 1892 to 1963. Then next week, we’re going to learn how it was moved to its new location, which opened in 1964.

And, fun fact, there was actually a period in Milwaukee’s history when we had two zoos, as new enclosures were built and the animals were moved in phases.

OnMilwaukee’s Bobby Tanzilo dove into the archive, with help from the zoo, and found a trove of original photos from the Washington Park location. You can find his two-part photo series at OnMilwaukee here and here.

Listen to the podcast below, and check back next week to learn about the present day location on Bluemound Road.