The Bucks and Brewers are back, but something’s missing

The Bucks and Brewers are back, but something’s missing 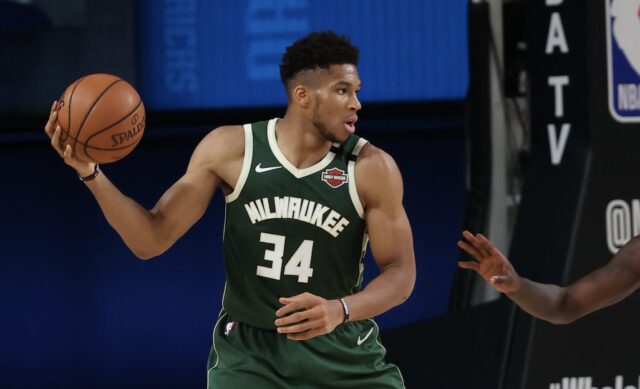 These are odd times to be a Milwaukee sports fan. The Milwaukee Bucks may be playoff bound, but you’d have a hard time telling from their performance since they returned to the court after COVID-19 postponed the season. It remains unclear whether they’ll be able to recapture the momentum of what had been shaping up to be a historic season. The Milwaukee Brewers are back in action, too, but it’s uncertain whether they can make the playoffs — or, given the disastrous start to the MLB season, whether there will even be playoffs for them to make.

Radio Milwaukee’s DJ Kenny Perez, Justin Barney, Lucas Seidel and Evan Rytlewski came together for a state-of-Milwaukee-sports chat on Slack to discuss these unusual seasons, and to try to figure out why some of the old spark seems to be gone from both teams.

Evan: So back in April, during the lonely early weeks of the pandemic, there was one sentiment I heard constantly on social media: “If only there were sports right now.” Fans clung to the idea that the return of basketball and baseball would provide us with a much needed diversion, and maybe even a sense of hope and normalcy.

Well, it’s been a few weeks since those sports have finally returned and it’s been… kind of a let down? The MLB season has been an absolute mess, marred by COVID-19 outbreaks, postponements and questions about whether the league can make it to the playoffs. The NBA’s return has been better managed, thanks in part to the league’s stricter COVID protocol, but even for Bucks fans who back in March had been riding the thrill of a historic season, it feels like something’s missing.

Maybe it’s the empty stadiums, or the threat that these seasons could end at any moment, or the guilt of watching players risk their health as COVID-19 continues to claim hundreds of American lives each day, but am I alone in thinking the much heralded return of these sports has not been anywhere near the miracle cure for our societal malaise that so many of us had been dreaming of?

Lucas: I definitely appreciate the normalcy which scheduled events have brought back to my life but I agree, something seems… off. For me, I think that’s because sports seemed like they would be the reward for a job well done in effectively getting rid of the virus. But we haven’t.

DJ Kenny Perez: Being a sports fan is pretty tough during these times. I agree, the MLB feels like such a mess. The powers that be did not think this through and now it feels like an extended spring training. Which is a shame because my Yankees were ready to dominate and now it feels all for not.

Evan: The baseball season really does feel like spring training — something about it doesn’t feel real. With the shortened, 60-game season, hypothetically every game should be that much more meaningful. But instead it all feels arbitrary, and like nothing’s at stake. The expanded playoffs mean the Brewers have a realistic shot at making the playoffs, even with their slow start, and yet even when I’m following the games I feel indifferent — it’s hard to care whether they win or lose.

Justin: I think one of the most jarring thing is the timing. I didn’t really realize how the season marked the time and the time marked the season, so yeah, seeing basketball right now feels like a summer league. It’s not happening when it usually happens and I didn’t think that would matter, but I think it does.

Lucas: To justify the validity of this MLB season, I’ve been considering how every team is affected by the same circumstances so whoever makes it to the playoffs will have seriously accomplished something. The NBA in my opinion has felt much more “real.” Something about the translated “home team” experience just clicks and the lack of fans isn’t nearly as noticeable.

Justin: I think the bubble really has affected the feel of what it is to be a home team. The Bucks have really struggled down the stretch in bubble games. We are a team that isn’t used to the playoffs. We aren’t destined to win, or have a bunch of veterans that naturally close out games. We thrive and NEED the energy that a packed Fiserv Forum gives to the team. In regular season games you can see it lift the team. Without the push from the crowd it is really hard to gain momentum and or keep the upper hand like it does when you have a crowd and I think we are really seeing how it affects a team like the Bucks.

DJ Kenny Perez: There are some positive takeaways from the Bubble. The guys are really pulling for each other and that shows up on the screen, the announcers are on point and hearing the raw emotion from the players shine through.

Justin: We were going to have home court advantage all the way through the finals. Now we don’t have that advantage. It’s totally up in the air.

DJ Kenny Perez: But isn’t the pressure relieved then?

Justin: No, because we are still in first. The pressure is still there, the support from the crowd isn’t. And it also just doesn’t feel real, I’m not feeling the stakes.

Evan: I’m not even a huge Bucks fan and I feel that loss. The enthusiasm around the team over these last few seasons has been infectious, but that excitement doesn’t hit the same with all the fans walled off from each other.

Justin: THIS WAS OUR YEAR.

Seriously. We have been saying it since 2014. It’s been building to this. Last year it felt okay to lose cause we got playoff experience. This was the payoff. And we were STEAMROLLING.

We lost ALL momentum

We have no home court

I swear, me and my brother have been talking like old Bucks fans. This bubble team feels like the old Bucks. So much promise, but no follow through. Back to the old days of disappointment

Lucas: But we still have the number one seed heading into the playoffs! It ain’t over yet!

Justin: There is that eternal optimism that has kept Bucks fans going since the ’70s.

DJ Kenny Perez: But how do we explain Phoenix?!

Justin: They were always good. At the beginning of the season they were like the blue shell in Mario Kart. They just kept taking down the best teams. They have it in them. They just couldn’t do it consistently. Now in the bubble all rules are off, they are living up to their potential.

But let’s talk baseball. I haven’t watched a single inning. It doesn’t feel like summer or baseball season or anything. How has the experience been?

Lucas: It’s definitely been a much more uncanny experience than basketball. You hear fans but you can’t see any. And of course the Brewers have been inconsistent. The commentators are really where the experience has shined for me so far.

Whether you’re listening on the radio or watching the local broadcast, it’s extremely fun and entertaining.

DJ Kenny Perez: I caught a couple games. The cardboard cutouts are hilarious, but the joy leaves you after you see it once or twice.

Evan: Uecker has been a joy to listen to, as always. He’s as sharp and funny as ever. He spent an entire inning this weekend telling stories about Bill Veeck, the former White Sox owner who used to use his false leg as an ashtray.

Evan: Uecker is often at his best calling meaningless games, and since this whole season feels meaningless, he’s the right man for the moment.

DJ Kenny Perez: The announcers are everything in both sports, especially baseball because it can get underwhelming if bats aren’t hitting baseballs. Uecker is a pro and still the best in the league.

Evan: Yeah, it really doesn’t help that the league’s best hitters aren’t hitting very well, and some of its best pitchers are injured. I don’t think any baseball fans would argue the league is putting its best product on the field right now.

Justin: Same thing in basketball. Right now the season is at a place where games are pretty meaningless. Most of the playoff spots are locked in so starters are sitting and every team is playing almost entirely with no-namers. We will see if that changes during the playoffs though.

DJ Kenny Perez: If you’re an Aaron Judge fan like I am, every at bat is worth the price of admission. #GoYankees

Playoffs will kick off nicely for the NBA! I am pulling for Dame and the Trailblazers to get in.

Lucas: I feel the playoffs will see a definite change in the tone of the NBA, obligated seeding will be out of the way and the real competition will begin.

Justin: I hope the energy feels different. We couldn’t have less right now.