The crypt underneath Cathedral Square

The crypt underneath Cathedral Square 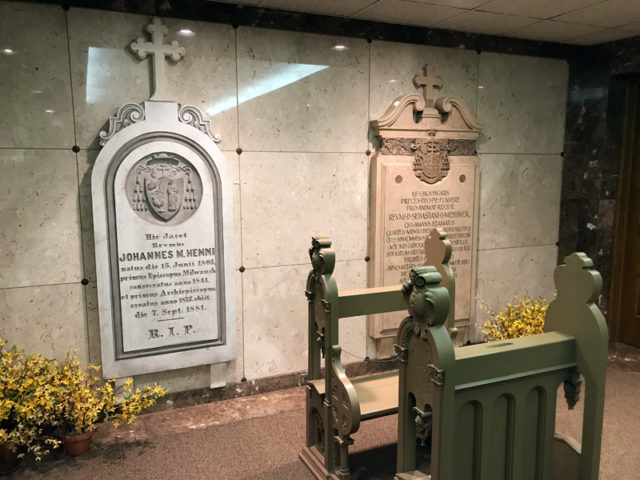 The typical crypt is much like you probably imagine it: dark, damp and creepy, the kind of place you’d think twice about visiting alone after dark. They aren’t all like that, though. This week on Urban Spelunking, we visit the cathedral that Cathedral Square is named for, St. John the Evangelist at 812 N. Jackson St., and experience a very different kind of crypt.

Although the cathedral was built in 1847, its crypt was only added in the ’80s, so it feels more like a West Allis funeral home than the gothic underground resting places built into so many of Europe’s historic churches. Brightly lit and cast in a comforting tan color scheme, it’s blanketed with wood panels and carpeting. 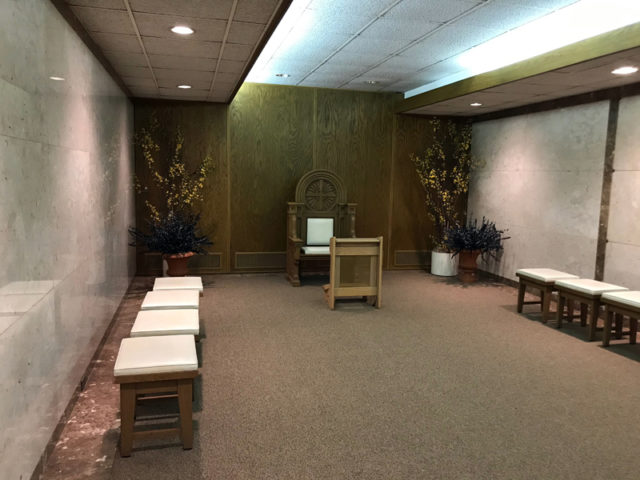 The crypt at Milwaukee’s Cathedral of St. John the Evangelist

“I’d been to the crypt in the chapel that’s at the Catholic Cemetery out on Bluemound Road, Calvary Cemetery, and that is creepy and dank and everything you expect a crypt to be—and this was nothing like that,” says OnMilwaukee’s Bobby Tanzilo.

And yet, despite the surprising décor, the space is very much a working crypt, home to the remains of Archbishops Moses Kiley and William Cousins, among others. There is also a plaque honoring Milwaukee’s final European-born archbishop, Sebastian Messmer, although his body is interred in his native Switzerland, where he died vacationing at age 82.

The crypt is only occasionally open to the public. “It’s a very quiet, serene place,” Tanzilo says. “So there are people who come down just sort of out of curiosity, people who come down to pray. They sometimes have ceremonies on the anniversaries each year of the deaths, so people will go down there and have a small service.”

Listen to the episode below, and find Tanzilo’s complete story – along with information on how to visit the crypt – at OnMilwaukee.com.

Memorials in the crypt at Milwaukee’s Cathedral of St. John the Evangelist