The former WOKY studio is still rockin’ on Sundays

The former WOKY studio is still rockin’ on Sundays 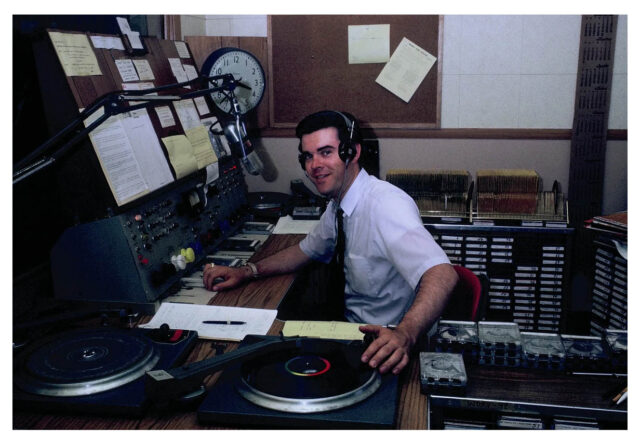 One the city’s longest running and most influential — especially in the early days of rock and roll — the radio station had a well-known lineup of on-air DJs, including Bob Barry, pictured below. It was also the official sponsor of the Beatles sole visit to Milwaukee in 1964, giving a sense for the station’s profile at the time.

WOKY was located in one section of large building on the corner of Sherman Blvd. and Fond du Lac Avenue. It moved out at the end of the 1980s, writes OnMilwaukee’s Bobby Tanzilo.

“In 1984, WOKY was still at the Sherman Boulevard building, but, it seems, not for long. By the end of the decade, there was a CPA and an American Family Insurance office in the building, but no cutting edge radio station anymore,” Tanzilo writes.

But the space has been anything but empty. Two years ago, developer Jim Salinsky purchased the building and converted it to office and retail space under a new moniker — The MilWOKY Center.

Now it is home to at five distinct churches, a nail salon, a hair braiding studio and a clothing boutique, among other clients.

“On Sunday, this place is rocking. We’ve had some tenant gatherings, like the open house (in March). Everyone gets along really well,” said Jim Salinsky, quoted in OnMilwaukee.

Meanwhile WOKY continues to broadcast under new branding, The Big 920.

Listen to this week’s podcast below, and be sure to visit OnMilwaukee for more history and photos.