The sacred walk of Menominee

The sacred walk of Menominee 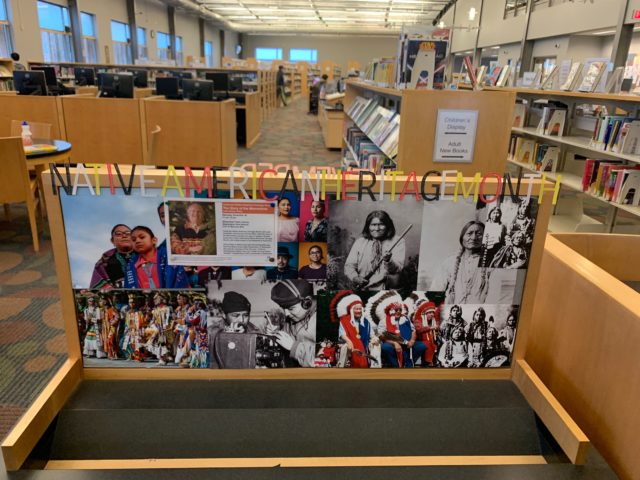 This past weekend, the Milwaukee Public Library hosted an event called “The story of Menominee with Richard Plass” to celebrate Native American Heritage Month.

Plass is a Menominee, Stockbridge/Munsee Indian from northern Wisconsin who was raised on the Menominee Indian Reservation. His Menominee name translates to the one who changes feathers.

“When I was born in 1951 I was an Indian, after 1961 I wasn’t an Indian no more but after 1973 I was an Indian again,” said Plass, specifically speaking on the feeling of an unbalanced identity during Indian Termination Policy and the Menominee Restoration Act.

The story started with a conversation Plass had, in 2008, with his friend learning about Chief Powekonnay.

“Chief Powekonnay was the leader of our Warrior’s Society in the mid-1800s and they say he was such a tall and big man he stood head and shoulders above everyone,” said Plass. “What was really amazing about that man, he’s one of four or five Menominee leaders who never ever put his mark to a treaty.”

One of the treaties Plass is referring to is the Treaty of Lake Poygan where roughly more than four million acres of Menominee native American land was given to the United States government.

After Plass learned about this story, in 2010 he organized the Walk known as “walk that tells a sacred story,”  which was a 76-mile ceremonial re-creation of the removal of the Menominee Nation.

“I remember we had an open ceremony and we were going to leave the next day and we are standing in the middle of that park and I heard a noise and looked up,” said Plass. “There was a goose and he was going north. I turned to one of my elders, I said, ‘Charlotte it’s the first of June, they are kind of late,’ to which one of my friends said, ‘Nope, I think they are taking us home.’”

Plass ended his talk by sharing his writings. It ranged from stories to poems to bring the audience to a full circle on the historical and present story of Menominee and its people.

This is Plass’s full poem, “A Story I Have Never Heard”

“He asked me if I had an Indian name,

He asked me if I knew any stories,

But the one he told me was fresh and brand new.

They made our people walk for miles and miles more,

The ice was thick, the air far too cold,

Just one more piece of history that became the treaties chore.

Powekonnay was there during that cold November trek.

He is still here in the 21st century with new burdens to keep in check.

I am honored so honored to carry his name, responsibility and history intact.

I had to do it, the spirits told me so,

We had to walk and retrace their footprints and their tracks.”