The story of ‘the greatest whiskey maker the world never knew’

The story of ‘the greatest whiskey maker the world never knew’ 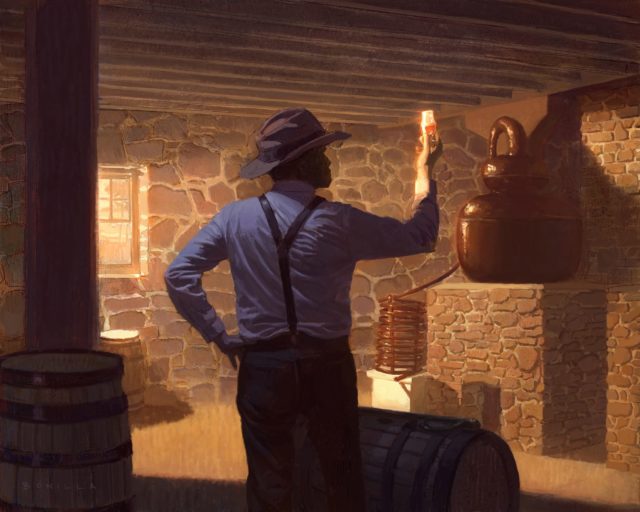 Jack Daniels wasn’t born with the ability to make whiskey—he had a little help from a man who went by the name of Uncle Nearest. Fawn Weaver, the CEO and Chief Historian of Uncle Nearest Premium Whiskey, has been piecing together his life story and it has led to fascinating discoveries and new truths. Weaver was recently invited to Milwaukee’s Stella Van Buren to share the story of Nearest Green—America’s first African-American master distiller.

Listen to the audio story to learn more about how Weaver researched and pieced together the legacy of Uncle Nearest Green.

Weaver has been intensely doing research on the life of Nearest Green for quite some time now. She interviews dozens of people, including Green’s family members. She’s traveled to six different states and collaborated with historians, genealogists and archaeologists to find records and other descendants of Green.

Weaver was able to meet with Green’s descendants in Lynchburg, Tennessee where she received a tip that would be a turning point in her research.

“Everyone called him Nearest or Uncle Nearest,” said Weaver. “Then one day I was talking to one of the elders in Lynchburg – one of Green’s descendants – and she says, ‘You realize his name wasn’t Nearest. It was Nathan.’”

This key detail allowed Weaver to access even more documents about Green, and she began to piece his life together.

Weaver’s team purchased the property where Jack Daniels grew up, where they discovered that Daniels’ Distillery No. 7 was located on this property. She was also able to learn that Green was the master distiller of Daniel’s Distillery No. 7.

There are still details Weaver doesn’t know about Green’s life. It is still unknown where and what year he died. Weaver is also searching for where he is buried.

“Now I go back to the grind… I’m not satisfied until I fill those holes in.”