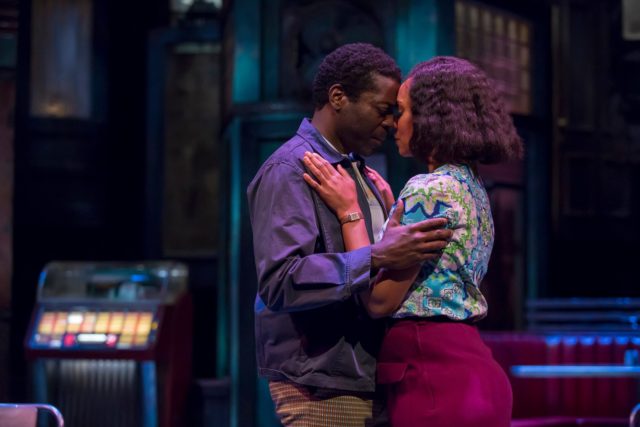 What will the Milwaukee theater scene see as Black artists continue to uphold and uplift each other?

Last week’s theme was “It Takes a Village.” Rajendra says it took an honest look at what Black and Brown people can do when they come together to advance the arts.

All artists agree though that to continue to bring Black talent to theater and film there needs to be a fostering of young talent. Here’s La’Ketta Caldwell, director of the Opportunity Academy at Lumin Schools.

“I just think about the opportunity when my babies had to perform at the Quadracci Powerhouse,” says La’Ketta. “When they were working with the tech people there, they were so excited about that opportunity. The dance team performed on that stage. It just boosted their confidence and now they want to go to shows all of the time.”

Malkia Stampley of the Milwaukee Black Theater Festival says that those looking to step on stage at a later stage of their life should be considered too.

“We have to grow our talent and not just the youth, but our adults,” says Malkia. “They are hungry. They want to transition into theater. Those who are retired, they want to practice, they want to try this. So let’s give them a chance.”

Smaller theaters can experience situations in which they often don’t have the budgets to bring all, if any, of their productions to large spaces like the Quadracci Powerhouse. However, even if smaller theater companies cannot provide large scale opportunities for their actors, La’Ketta says it’s important to make sure young and new talent have options to perform, period.

“I think there needs to be a huge effort among our philanthropists and those who give small amounts in large amounts in uplifting and empowering our organizations that work with our emerging artists,” says La’Ketta. “Our emerging artists will grow up to lead. We have to give funding to them. When we do that we’re widening the pool of actors.”

To hear the full conversation, go to our Facebook page, where we’ve been streaming Milwaukee Rep’s Black History Month Series each Monday night.