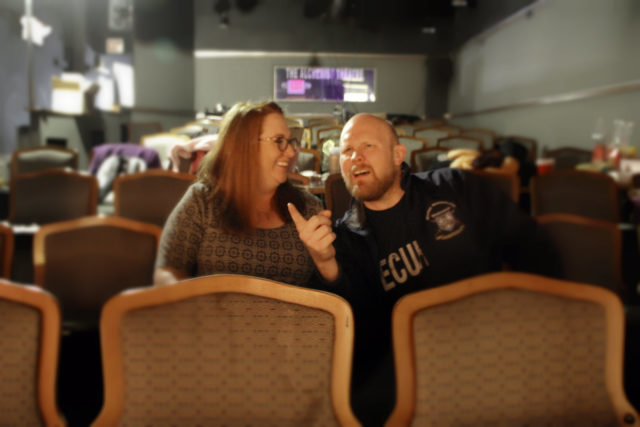 Let’s play a little game: what was the last play you saw? How many female characters were in the play? What was their purpose in the plot?

Whether we’re talking film, television or yes, even theater, the stats are clear that as far as substantial female characters go, even today in 2017, they’re still few and far-between. But thanks to Milwaukee-based theater company, Theater RED, those numbers are now being put to the test.

Founders Christopher and Marcee goof around before practice for The Wayward Women at the Alchemist Theater in Bay View.

“When [my wife] Marcee and I first met she would often complain a little bit about how theater is not opening enough roles for women with diverse backgrounds, diverse sizes, diverse ideas and philosophies,” explains Christopher Elst, actor and cofounder of Theater RED alongside his wife, Marcee, “so we thought, well, maybe we can create those roles.”

Founded by Christopher and Marcee in 2013, TheaterRED works with local playwrights and theaters to create, produce and perform unique plays that feature strong, diverse, and most of all, genuine, female characters. 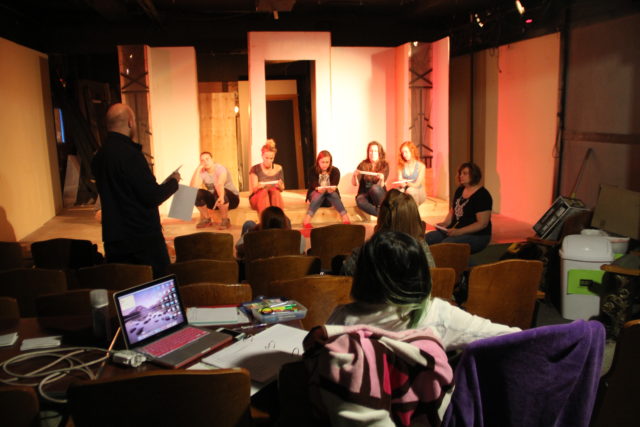 Christopher and Marcee chat with the cast of The Wayward Women before beginning practice.

I swung by the Alchemist Theater in Bay View the other week to take a peek in a practice for their upcoming performance of The Wayward Women. Listen in on the practice and my conversation with Chris and Marcee below:

Intrigued? You can check out Theater RED and their new play The Wayward Women for yourself over at the Alchemist Theater in Bay View from July 13 – 22.

For more on Theater RED, info on Chris and Marcee and how to get involved, visit them online or on Facebook.