This Milwaukee restaurant poured the city’s first beer after prohibition

This Milwaukee restaurant poured the city’s first beer after prohibition 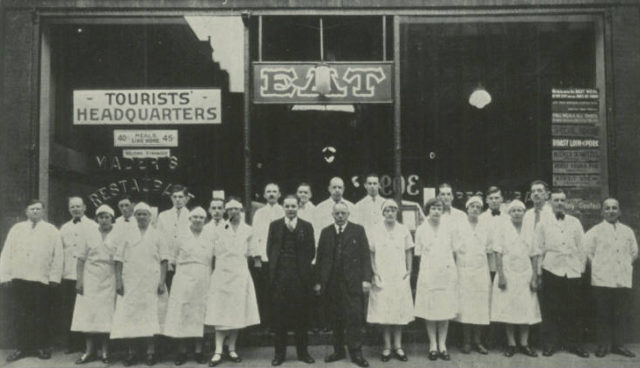 April 7, 1933 was a “jubilant” night in Milwaukee. Crowds gathered outside Mader’s Restaurant, anxiously awaiting the chance to be among the first to legally gulp down a draft beer after prohibition was repealed.

According to the company’s online history, “Mader’s was there to serve that first legal stein of beer in Milwaukee and it was announced from Mader’s on the city’s only radio station on that historic midnight.”

The Milwaukee Sentinel backs up the company’s history with the following excerpt:

“Charles Mader, round and hefty in his trim suit, was packing exuberant Milwaukeeans into his German restaurant, sighing at the throngs that couldn’t fit at his big wooden tables. For the hard working restaurant proprietor, the stroke of midnight, when once again steins of beer would be raised in toast, heralded a memorable hour,” wrote one reporter.

In fact, it was probably due to prohibition that the now-iconic German restaurant grew into the landmark it is today. When the sale of alcohol became illegal, Mader shifted his focus from running a tavern to running a restaurant. And the rest is — pardon the cliché — history.

Mader’s has been under family ownership for its entire existence, cementing itself as one of the definitive German restaurants in Milwaukee. For decades, it has been a sure stop for out-of-towners looking to get a taste of the old country, and diners are immediately immersed in German culture upon visiting.

In addition to familiar German dishes like schnitzel, sauerkraut, spaetzle and sauerbraten, the restaurant is decorated inside and out with German art and artifacts.

Learn more about the iconic Milwaukee restaurant in this week’s Urban Spelunking podcast below, plus more about about that historic night where prohibition ended in Milwaukee.

And be sure to visit OnMilwaukee for more photos and links to additional Urban Spelunking articles, written by Bobby Tanzilo.