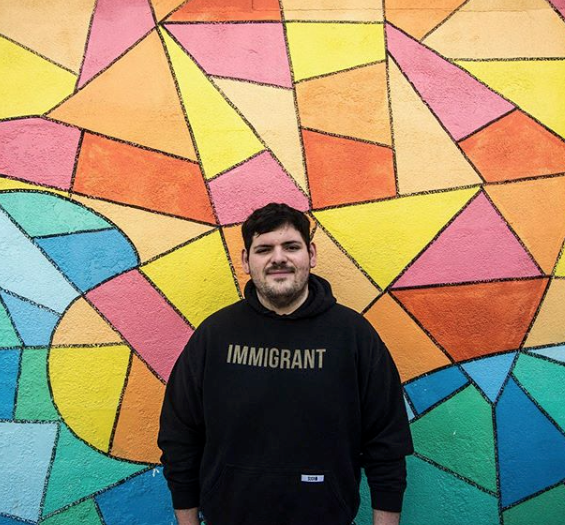 Like most kids living in Milwaukee during the early 2000s, Ruben Flores lived a typical life. He was born in Guadalajara, Mexico and his childhood smells like tortillas being made. At the age of 13, Flores immigrated with his family to the United States for better opportunities.

He went to Riverside High School and became valedictorian. He loved playing the piano and was passionate about robotics. In 2009, during his senior year of High School, just like many of his peers, Flores started applying for college. That was when Flores faced the reality of being undocumented when he didn’t have a social security number and couldn’t continue his education. However, Flores’s story only begins.

“I refused to believe that my parents risked everything to get me here so I can end up doing what they are doing,” said Flores. “It’s not that it’s bad but you should want more for your kids. I was driven by that.”

That summer of 2009, Ruben accompanied his girlfriend to the University of Wisconsin – Milwaukee. He was determined to get any form of education even if it was self-taught. When his girlfriend would go class, he would go to the student union, open YouTube and after six months, Flores taught himself how to code.

“The year I graduated high school was the year the app store dropped,” he recalls. “The idea that any person could start creating apps and solving real-life problems, that’s an incredible power to have.”

Coding wasn’t the only thing that was self-taught. His father had a screen print shop back in Mexico and he was figuring out things to print that that were representative. One day, Flores was inspired by motivational speaker Simon Sinek from his talk about logos and brands, how we as consumers connect with the items that we buy and how our products tell us more about what type of person we are. After listening to that talk, Flores began finding his identity in correlation to brands and logos.

“I was just searching, like ‘Who am I? What’s my personal logo? What defines me?,’ and I was going through the whole thing and I just said ‘Immigrant’,” said Flores. “I screen printed the giant bold Immigrant on a shirt and I started wearing it everywhere.”

That single heavy statement, “Immigrant,” created a movement in our city that propelled individuals to tell their stories and to have pride in their roots. The Immigrant Project has brought a community together that is intersectional and extremely diverse. Milwaukee immigrants, across multiple generations, wore the designed shirt and shared their stories through the platform of Instagram.

As the years went by, Flores went back to that version of himself that taught himself how to code. Flores decided to take a big risk, quit his job, put his college education on hold and put everything he had into developing the app, Cash Drop.

If I could use a word to describe the app Cash Drop it would be convenience. It follows the model of Venmo but catered to businesses. Many times you see big corporations with high tech kiosks, that let you self serve or maybe enlist in a rewards program, but it’s only limited to big corporations and often leaves out local businesses. Cash Drop has local small businesses in mind on every level.

Here’s how it works. Customers use the app without the extra step of creating an account and logging in. With just a name and phone number, you’re all set to start. Customers scan a QR code, skip the line and get notified when their item is ready.

“Instead of greeting them with a line, we are going to greet them with comfort,” said Flores.

With both the Immigrant Project and the Cash Drop app, Flores has the community in mind. After meeting Flores, above all, he emphasized the notion of creating opportunities for upcoming generations. Opening doors, both in the world of technology and storytelling. Flores’s main goal isn’t to be the first immigrant to create a successful app used by many but to inspire younger generations to see themselves in spaces they are often underrepresented.