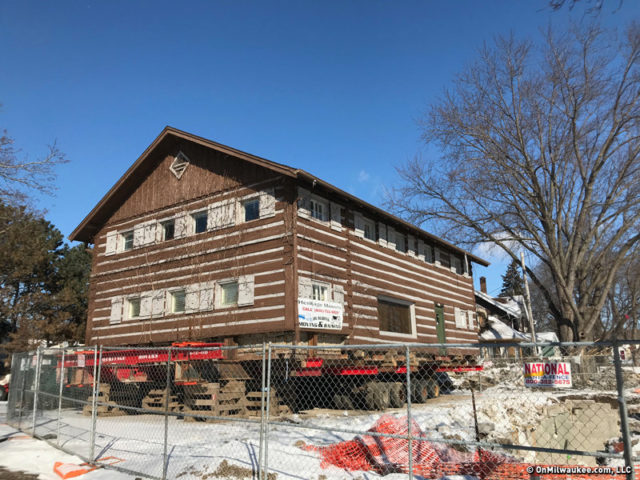 Starting around 10 p.m. tomorrow night, crews will be in place to do something you don’t see every day. For about four hours, they’ll be moving a log cabin, in one piece, a mile down North Ave.

And what’s interesting about this particular building—it’s the second time it has moved since it was built in the 1920s.

OnMilwaukee’s Bobby Tanzilo and I visited the site last week in Wauwatosa for this episode of Urban Spelunking.

The “Tosa Cabin” sits on a steel frame, awaiting moving day on Mar. 13.

Local media and neighbors have had their eyes on the “Tosa Cabin,” 2515 N. Wauwatosa Ave., since the news broke the land was sold with plans to build a new 27-unit apartment building

Rather than tear the cabin down, the developer offered to donate the cabin to anyone who was able to move and use it. 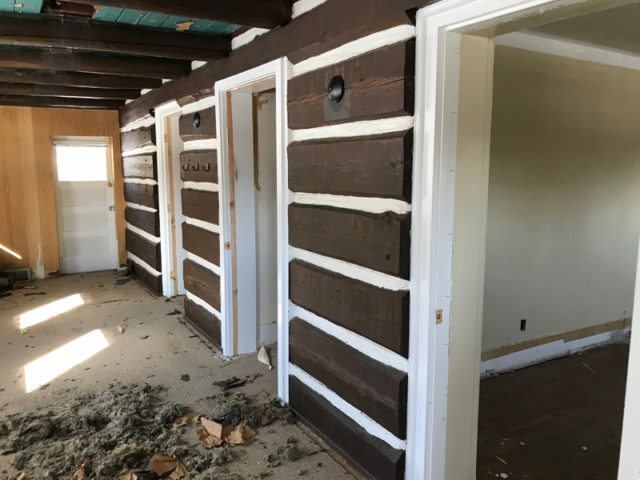 The logs are not structural, they’re decorative. But they are real logs! They’re 12″ in diameter and are bolted to the frame of the house. Here, you can see an addition to cabin resulting in the logs now appearing inside the house.

That’s when the Galbraith Carnahan Architects stepped up. The firm will be moving the cabin to its property — about a mile away from its current site — and will move its headquarters into it after rearranging the floor plan. 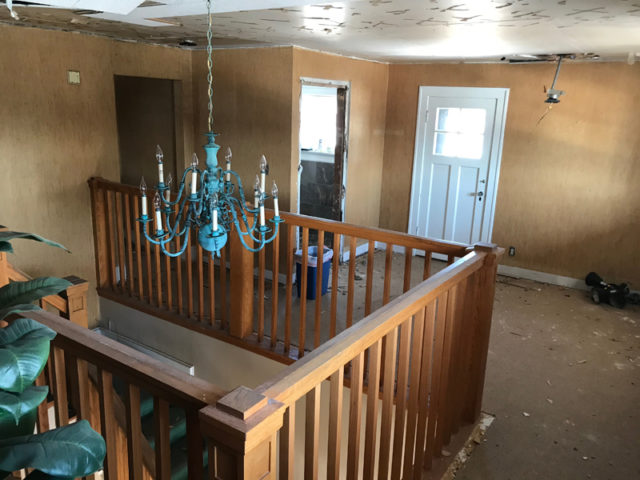 Built in 1921, the cabin actually was moved once before in the 1950s. The most recent owners appear to have renovated the space, and the current owners have done considerable demo work in preparation for the move.

So how does one go about moving a log cabin? Listen to the podcast above to find out.

And be sure to read Bobby’s complete story at OnMilwaukee.com.

Bobby and I had to crouch underneath the steel frame and climb a ladder to get inside.