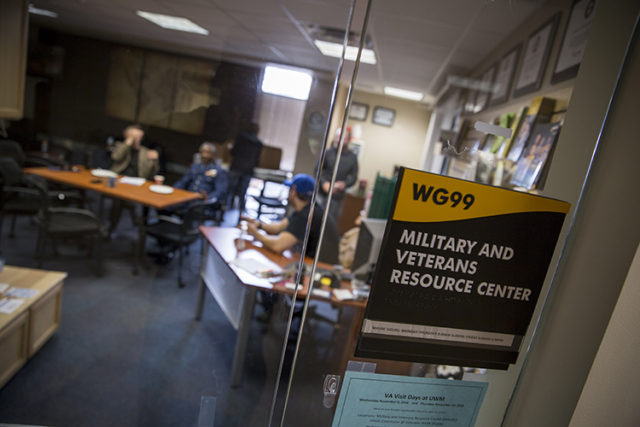 This weekend, UW-Milwaukee and the Milwaukee VA Medical Center will host an all-day summit focused on black veterans and mental health.

The sixth annual V.A. African American Mental Health Summit will pull together a variety of resources for those in need, including access to counseling and jobs.

Below, a veteran who dealt with anxiety and depression shares his personal story.

Listen and read along below.

James Cocroft found his career at the beginning of his adult life.

“After I graduated from high school, I was 18 years old.”

He enlisted in the Navy, served in 45 countries, and worked his way through the ranks.

“I was in Desert Storm, Kosovo. Also Iraqi Freedom.”

“I made it a career because I wanted to have some goals in life.” 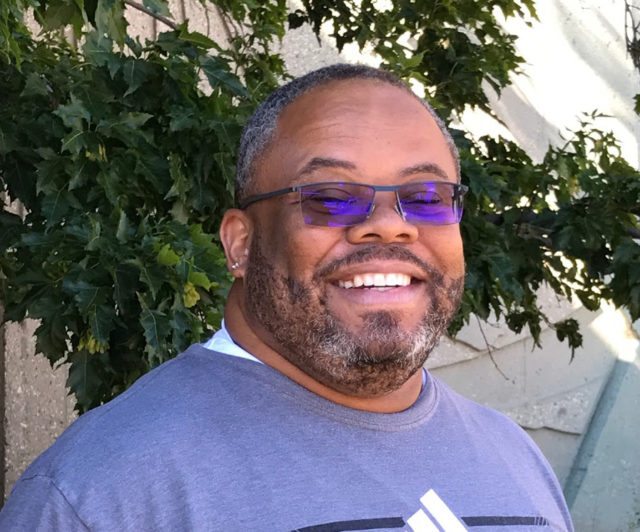 He dedicated his life to military — 20 plus years — eventually retiring in 2007.

He thought he was set, ready to get some well-deserved rest, but the adjustment was tough.

“The job I had in the military, I worked on tactical data systems. Then I get home, I’m just sitting at the house. Had nothing to do, watch Maury I guess [laughter],”

Tired of daytime TV, he went to back to college, earned a degree and got a new job at UW-Milwaukee. He worked in the Admissions Department and was living life…as a civilian.

But the American Dream, as he calls it, wasn’t so idilic.

He was having trouble with anxiety and post traumatic stress disorder. And as much as he tried to hide it, his family took notice.

“My wife kept saying ‘hey, something’s wrong, something going on.’ And she’d do it in a roundabout way, didn’t want to set me off. And I’m like, ‘yeah, whatever. It’s not me, it’s you.'”

“I actually got into a physical fight with one of my sisters, just something stupid. The simplest little thing would set me off, and I’m just trying to figure out why.”

Faced with potentially losing his family to his mental health struggles, James got help. He went to the VA, started therapy, a big first step.

“If you don’t ask for the help, you won’t get it. As my mother used to say, ‘a closed mouth doesn’t get fed.’ So you have to go ahead and ask for it.”

Now, he is doing much better and says he has developed coping mechanisms that help him when he feels triggered.

It’s a change that not only affected him, but also his career at UWM.

“Although I have a degree in IT, I am the interim assistant director of the Military and Veterans Resource Center ,”

Working at the Military and Veterans Resource Center at UWM, he is now helping veterans deal with the same issues he struggled with.

And James says, as an African American, he understands what other black veterans often go through.

“In the African American community, you have where some people think, a person is lazy or they just want to get a handout.”

“And so, with the narrative of the country with some people being lazy, some people not being lazy, African American people themselves feel they have to work twice as hard to prove something’s actually wrong with them.”

“And they don’t want to have go through all that. They just want to be accepted as a human being.”

James works with veterans to help them take that first step, if they need it, to connect them to resources and guide them through the process of getting the care they need.

“Just paying it forward. All I want is to help someone help themself to be a better person.”

You can meet James at the sixth annual UWM VA Mental Health summit on Saturday, June 23. It’ll focus specifically on African American veterans and their needs, running all day from 8 a.m. to 4 p.m.