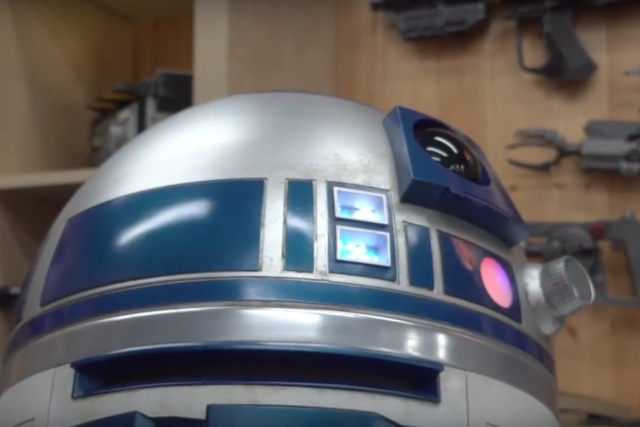 Steve Radtke has always been a maker. When he thinks about his first memories, he sees himself in the basement of his childhood home with his dad building random things. Radtke grew up during a sci-fi film renaissance. He grew up around the characters and futuristic technologies in “Star Wars,” “Star Trek,” “Ghost Busters” and more. His love for these stories and characters would become a lifelong fascination with recreating the different gadgets he was seeing on-screen.

Listen and watch the multimedia pieces below to learn more about Radtke’s passion for prop re-creation.

Day-to-day, Radtke works as a creative director at GMR Marketing, but when he enters into his basement workshop, he’s a builder.

The entrance into his workshop is guarded by a life-size cutout of Chewbacca and a shelf lined with LEGO models. Anyone familiar with the Star Wars and Marvel franchises would be able to easily detect the toys in the shop.

On one wall, Han Solo’s blaster casually hangs across from Luke Skywalker’s lightsaber. In another corner rests Captain America’s shield. On top of a shelf sits Ironman’s arc reactor complete with a button on the back that makes the reactor light up with that infamous icy blue on Ironman’s chest. 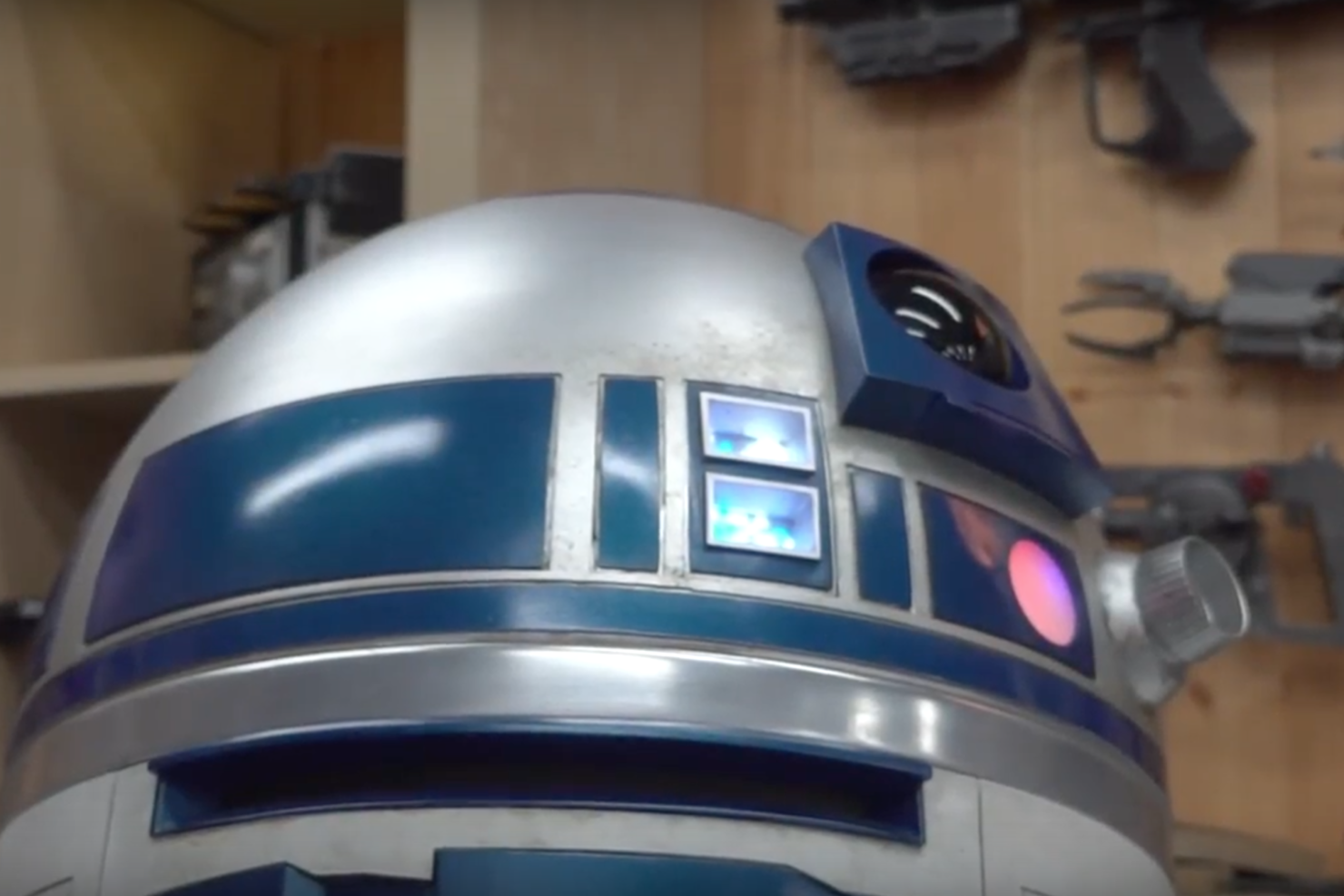 While Radtke has always recreated props from his favorite movies, he didn’t turn it into a side business until about five or 10 years ago. He founded Valor Replica – an online store living primarily on Etsy where he sells his re-creations and customized props requested by his customers.

His most impressive replica to date is his life size, functional R2-D2 droid. The droid is remote controlled and makes the same beep-boop-beep-boop sounds as R2 does in “Star Wars.” He recently added a 3D printer to up his re-creation game and he’s on the hunt for his next big prop project. Challenge him here.