Vanilla Ice, Naughty By Nature and Rob Base will play a Brewers game in July

Vanilla Ice, Naughty By Nature and Rob Base will play a Brewers game in July 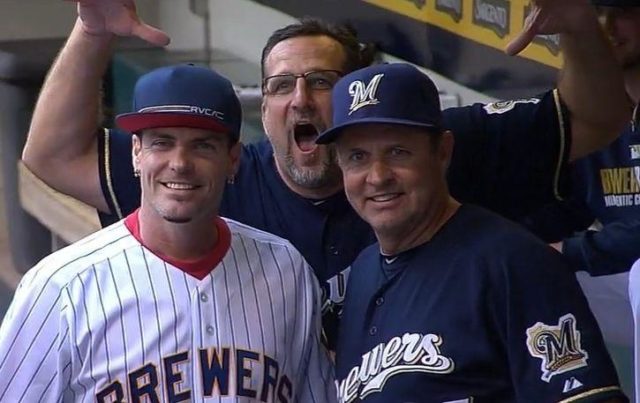 The Brewers revealed their 2020 promotional schedule and theme nights last month, but they had at least one more promotion up their sleeve: The team will host a post-game concert from Vanilla Ice, Naughty By Nature and Rob Base on Saturday, July 11. The three are touring as part of a package called the “I Love the ’90s Tour.”

All tickets for that night’s game will include access to “the ultra-nostalgic postgame show,” according to the team, but for those who really want to get up close to Vanilla Ice, there’s also a chance to get up close with a $30 Field Pass, which gives fans on-field access for the performance. (That’s $30 on top of the price of a ticket to that night’s game — which, we’ll be honest, sounds like a lot of money for a Vanilla Ice/Naughty By Nature/Rob Base show, but to each their own).

Fans may remember that in 2014 Vanilla Ice threw out the first pitch at a Brewers game, which resulted in this happening:

The Brewers will be playing the Colorado Rockies at 3:10 p.m. on July 11. You can stream some “ultra-nostalgic” videos below.