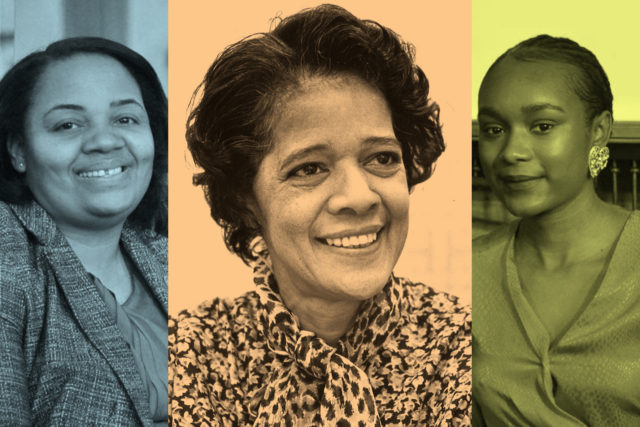 In 2018, Milwaukee lost an iconic leader and unwavering voice for justice when Vel Phillips passed away. But in her lifetime, she paved the way for many future women to continue her legacy. Alderwoman Milele Coggs and Youth Council President Bria Smith are just two.

A friend of Phillips, Ald. Coggs pushed to create the official Vel R. Phillips Trailblazer Award last year. It was approved on April 17, hours before Phillips died later that evening.

A year later, the first Trailblazer Award was given to Smith for exemplifying Phillips’ legacy of selfless service and trailblazing work to improve the quality of life for residents in Milwaukee. 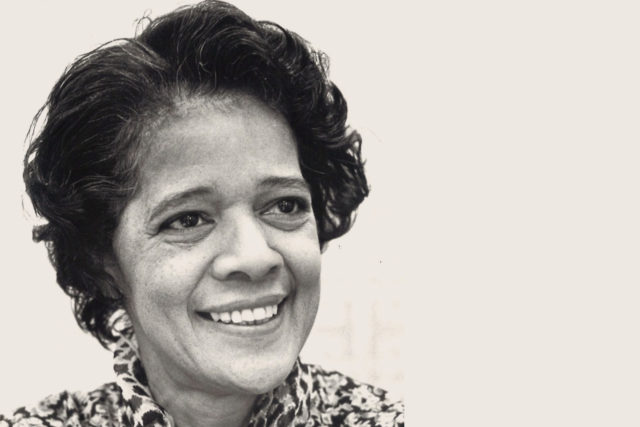 Velvalea Hortense Rodgers Phillips was a strong pioneering woman of many firsts.

She was the first black woman to graduate from the University of Wisconsin Law School.

She was the first woman and first African American to sit on Milwaukee’s City Council.

In Wisconsin, she was our first black judge.

She was our first woman and first black person to be elected as Secretary of State.

And she was our first and only statewide elected person of color. 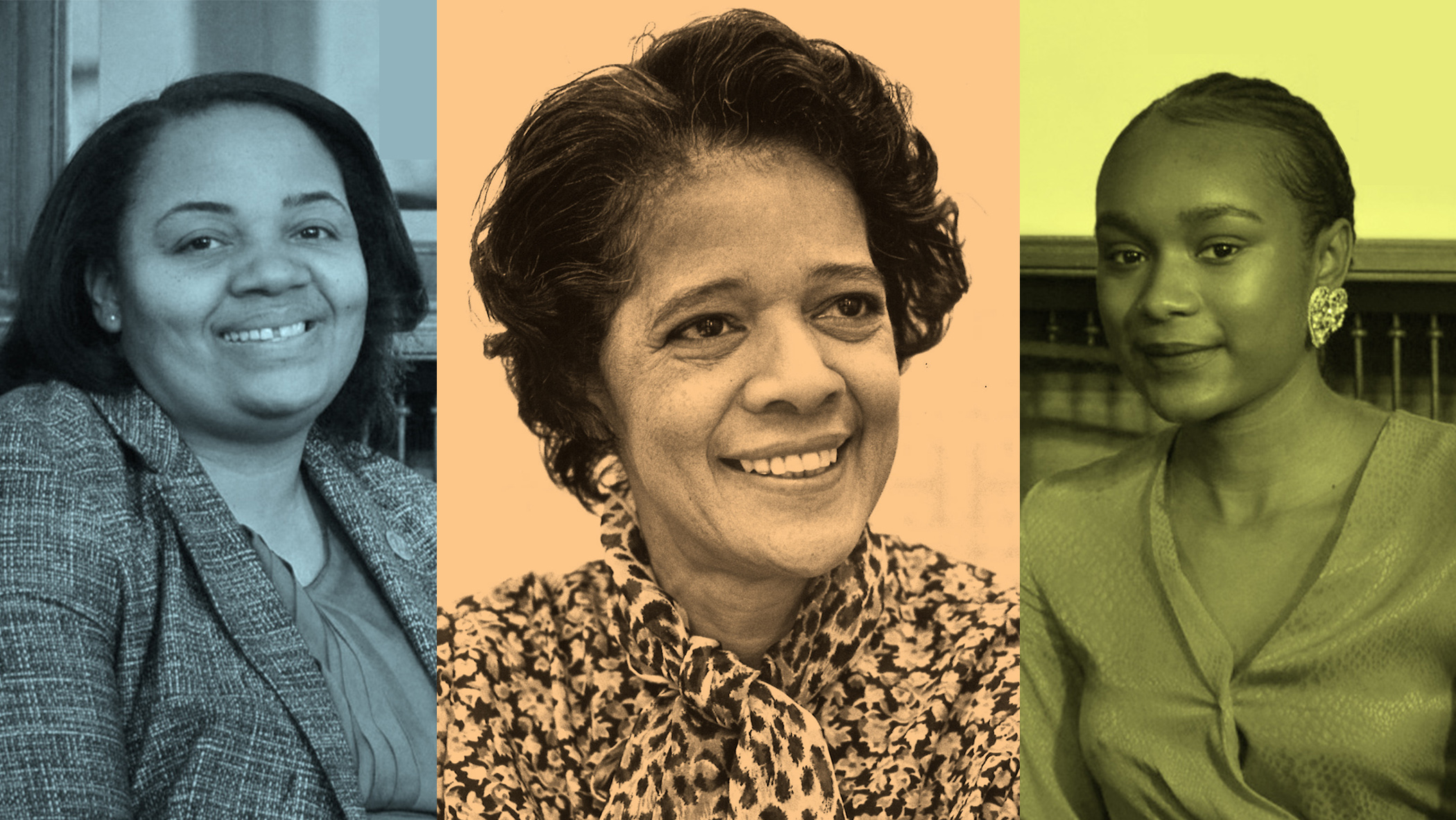 This Women’s History Month, we are taking a look at three generations of trailblazing Milwaukee women who have made an impact on our city as voices and leaders for equality and justice.

It all starts with Vel R. Phillips. Below, read more about her impact and legacy that is still inspiring the present and future of Milwaukee.

Phillips shattered gender and racial barriers while fighting tirelessly for civil rights as human rights. She championed the fight for fair housing and to improve social and economic justice for underrepresented communities.

Whether as an elected official or as a private citizen, she fought for these things up until her death. Even in her older age, she marched against the war in Iraq, she helped other people get elected, she was writing a memoir of the Milwaukee civil rights movement…and the list goes on. 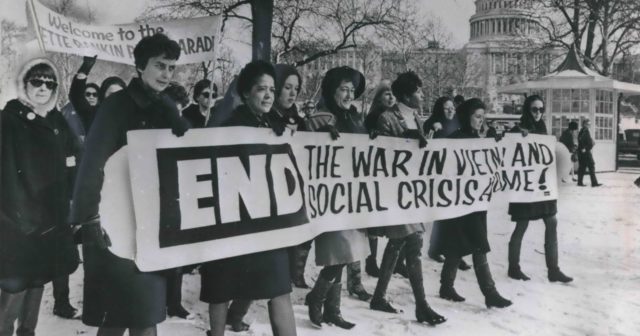 But she was not only the above list of accomplishments. And she didn’t champion her causes entirely alone. Rather, she was a leader who empowered others to fight alongside her for equality.

Many people know her list of firsts, but less remember one of the biggest impacts she has had on Milwaukee—leading one of the longest youth-led mass protests in U.S. history.

In 1967, the National Association for the Advancement of Colored People’s (NAACP) Youth Council, the Commandos and their adviser, Father James E. Groppi, joined forces with Phillips to march to demand fair housing in Milwaukee.

The youth marched in peaceful protest for 200 consecutive days. 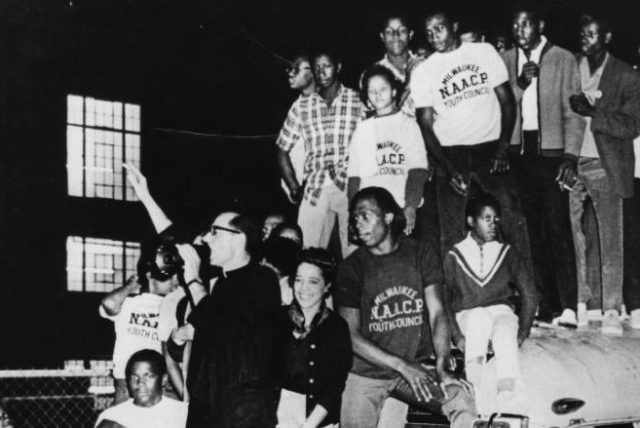 James Groppi and Vel Phillips with youth on school bus

The fight began in 1962, when the then Alderwoman Phillips introduced the Open Housing bill  that would make it illegal to deny housing based on race. When it came time to vote, Phillips was the only one in favor, making it 18 to one. Nevertheless, she persisted and continued to bring it up to the Common Council three more times between 1962 and 1968.

Phillips preferred legal action over direct action, though she marched along with the Youth Council on the second day of the open housing marches in 1967 and was even arrested for it. 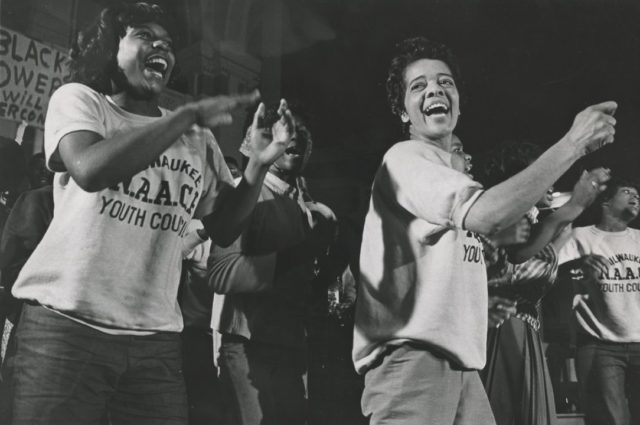 The March on Milwaukee, as it became known, gained national attention and put the spotlight on the housing issue in Milwaukee. It continued until 1968 when the Milwaukee Common Council surprised all by passing a more comprehensive fair housing ordinance than that which was called for in the new federal Civil Rights Act of 1968. The Council’s final vote was 15 to four. After years of struggle and protest, Philips and Milwaukee’s civil rights organizations’ fair housing law in Milwaukee was realized.

Her activism with the youth didn’t stop there. She teamed up with the Youth Council again right after that for its 1968 campaign against the Allen-Bradley Company’s discriminatory hiring policy. Although she did not physically march for that cause, she advocated for the youth and negotiated with the company’s officials and representatives alongside the Youth Council.

In the same year, without pause, she went on to be first African American to be elected as secretary of state.

And in her many years after that, up until her last, she continued to make history and blaze trails.

The present and future: Milele Coggs and Bria Smith

Alderwoman Coggs pushed to create the Trailblazer Award in Phillips’ honor. She was also behind the renaming of 4th Street to Vel R. Phillips Avenue in August 2018.

“[It’s] another small tribute to a woman on whose shoulders many of us now stand,” she said. 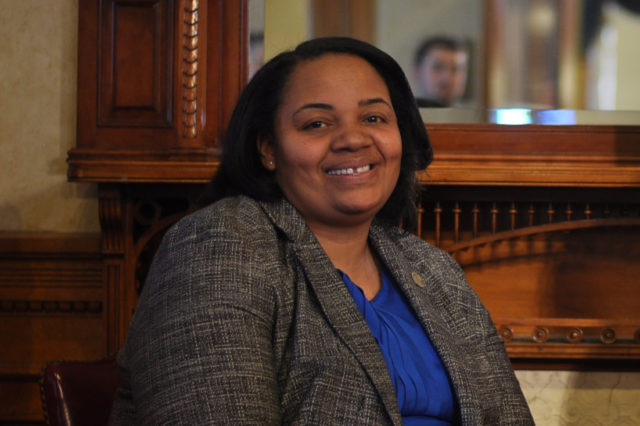 In many ways, Ald. Coggs picked up where Phillips left off. She even had the same office at City Hall when she started.

“In 2008, I was the only woman, so I remember [Phillips] came to my inauguration. Afterward, we walked back to City Hall, and I came to my office, and I was like, ‘Yeah they got me in the smallest office.’ And Vel was like, ‘This used to be my office.’ She was like, ‘When we started, there were no offices. And as they built them, they were all different sizes, but I got the smallest one because of my white male colleagues…'”

“There were so many of them that they had to double up in a room,” Coggs explains. “And none of them wanted to double up with her. So Vel was like, ‘I just told them, I’m a woman and I got woman things to do…I’ll take the smaller office. So I got my own’”

“That made me look at my time in that office so differently. I was honored to share the same office that she once had,” Coggs says.

A lesson to be learned from her is that it is worth the fight.

At the 2019 Girls Day at City Hall—an event Ald. Coggs founded in 2008 when she was elected—she announced that the winner of the Vel R. Phillips Trailblazer Award was Bria Smith, the current President of the Milwaukee Youth Council. Smith was already there as a Girls Day panelist.

About a week later, Ald. Coggs, Smith and others gathered for the official Trailblazer Award ceremony in another place named after Phillips in Milwaukee—the Vel R. Phillips Ante Chamber at City Hall. 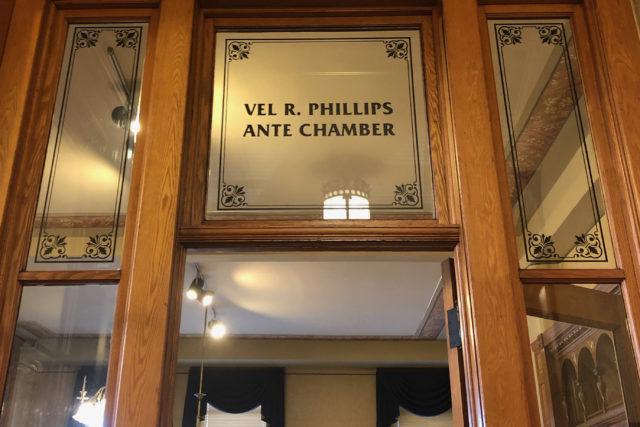 Ald. Coggs spoke about why the committee had selected Smith to continue Phillips’ legacy:

“We elected for the public to nominate those they believe who have the characteristics most onto to those exhibit by the honorable Vel Phillips—the tenacity, the care for the community, the fight. We got a lot of great recommendations for people. Everybody from people who are working with human trafficking, to people who work in the university system with attempts to dismantle racism. The age range and intergenerality of the candidates was huge, but the one who rose to the top, was Bria Smith.” 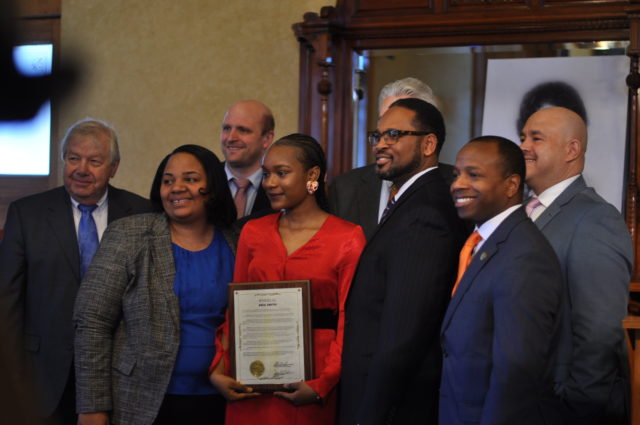 “She recognizes the need for action and response to gun violence that play in her community and brought her concerns to public attention while speaking at the march 2018 March For Our Lives, in Washington D.C. and later as a speaker in a national campaign to address gun violence named Road to Change.”

“She emphasizes the need for inclusivity in the conversation about gun violence in America. Here you know her as the president of the Youth Council of the City of Milwaukee and I am proud to say that she represents the 6th District. There is so much that she has devoted her time to as a young person to fight, to create a better Milwaukee and a better nation to those who come behind her. And [she’s] an encouraging inspiration to young people to speak truth to power and to raise their voice and to use it to help create change.” 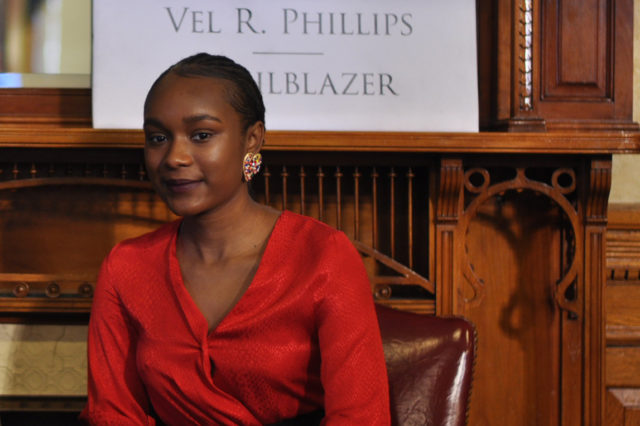 Smith’s response to winning the award was this:

“I didn’t incredibly know how someone could nominate me to follow that legacy and impact [Phillips] has influenced in Milwaukee’s history. She is a woman of power and perseverance to our nation… What could I offer to Milwaukee to fit into her shoes? But it’s not about fitting into peoples shoes and roles, it’s about creating your own path.” 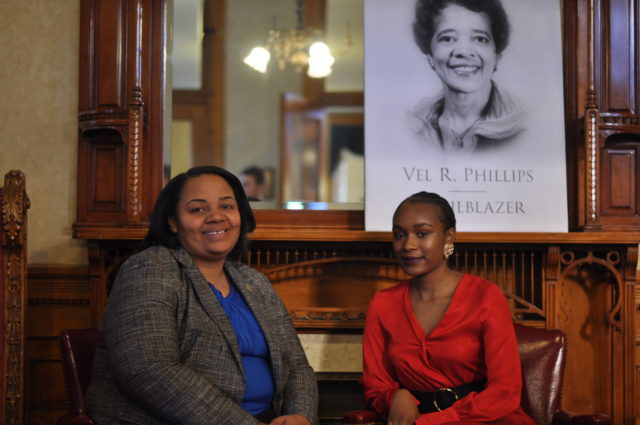 After the ceremony in a conversation with Smith, Ald. Coggs reflected on what this would have meant to Phillips:

“I think she would be so proud that you won because she invested in young people so much. You know she gets honored and credit for the fair housing stuff, but it was the youth from the NAACP Youth Council that she supported that actually marched for 200 consecutive days.”

“My mother was one of those young people. But Vel was there to support them. She wanted young people to be active, to share the awards, so I think it’s profound that you, a young person who was nominated, were the winner. It is so in line with what she did and what she wanted for future generations to continue.”

“She was the only women for so many years….She fought for fair housing for so long before it actually passed. So I think a lesson to be learned from her is that it is worth the fight.”