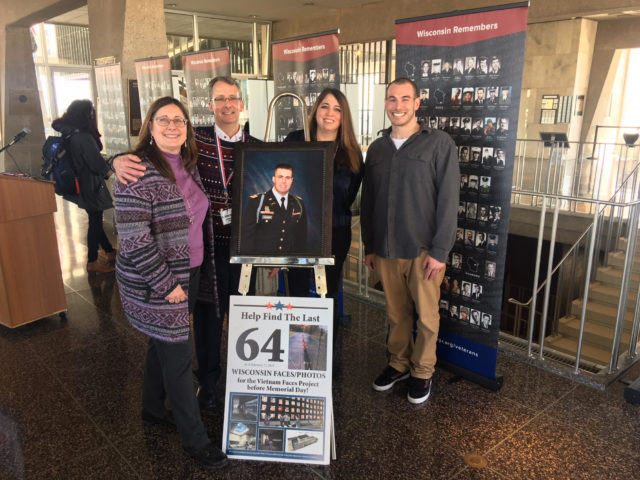 Andrew Johnson wants to put a face to the all the names of veterans: the names we hear in the news, in military reports and the names we see on war memorials, such as the Vietnam War Memorial in Washington D.C.

Johnson, father of Lt. David Johnson who was killed in Afghanistan, was moved by his son’s experience in the military. He recognized and wanted to share his legacy. When Vietnam veterans helped him to get through his son’s passing, he found an opportunity to honor the veterans who were killed in action and had Wisconsin ties.

Listen to the story below to learn about Andrew Johnson’s involvement with the Veterans Faces project. 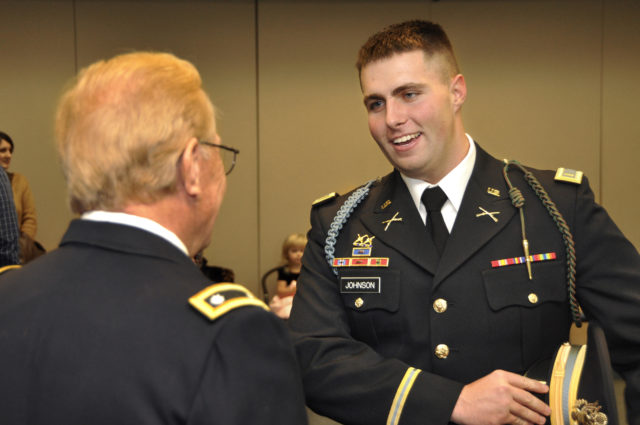 Johnson joined an effort that was already underway with Wisconsin Public Radio. WPR was trying to collect photos for over a thousand veterans listed on the Vietnam War Memorial as being from Wisconsin. When Johnson joined, over 400 photos still needed to be found.

“The guys from Vietnam did not get the honor they so deserved, but we can give them the honor now,” said Johnson. “We need to honor them and we are grateful for their service.”

Johnson began to publish photos in the Dodge County Pionier, a local newspaper he runs with his wife Laura. After some putting some time and effort into the finding the photos for the names, he met Jessica McBride, a journalism professor at the University of Wisconsin-Milwaukee.

McBride brought in her students and they had the opportunity to practice their investigative journalism skills. In fact, one of her students found the final photo from a former veteran and student at North Division high school. His name was Willie Bedford.

The photos of the veterans are displayed in its entirety at the Milwaukee County War Memorial Center, which is free and open to the public. The exhibit consists of 17 portable display banners.