We Rise celebrates the past, present and future of Black artists in theater

We Rise celebrates the past, present and future of Black artists in theater 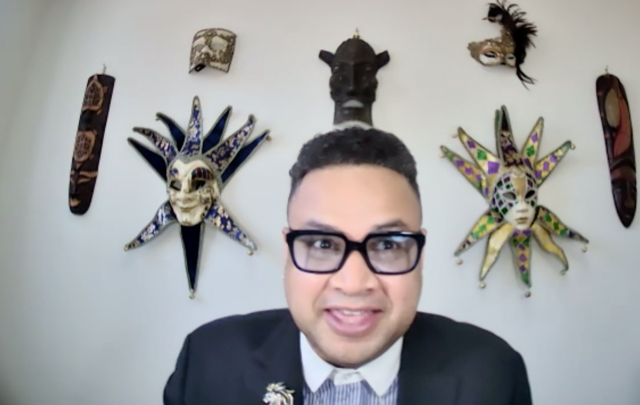 “I’m just thrilled to talk about our Black History Month celebration,” says Rajendra Maharaj, Milwaukee Repertory Theater’s associate artistic director. “It was an opportunity, particularly this year, with all that has been going on in the world for us to look at the past, the present and the future [of theater]. You can’t think of modern day theater without starting with the queen of modern day theater, Miss Lorraine Hansberry.”

You heard it from Rajendra; the Milwaukee Repertory Theater is celebrating Black History Month with their “We Rise” series. Rajendra is producing and hosting events through out the month of February. Each Monday night the Rep will hold conversations with Black theater artists on the theme of the past, present and future of theater.

The Rep is kicking the month off by paying tribute to Lorraine Hansberry. Lorraine is the first African American female playwright to have a play performed on Broadway. That play is “A Raisin in the Sun,” named from Langston Hughes’ poem “A Dream Deferred.” Rajendra says that Lorraine’s work is very relevant to today.

“I think more than ever, why it’s important to honor Lorraine is that the issues in that play speak to the heart of the American experience,” says Rajendra. “I think that it illuminates a part of our society that we often forget. That there is such grace and labor in every part of the African American experience..”

Rajendra has directed his own version of “A Raisin in the Sun” at the Arkansas Repertory Theater. Rajendra says he looks forward to sharing Lorraine’s work as a feminist and as a lesbian.

“She was actually married to a white man, for many years,” says Rajendra. “At the end of her life, as she was battling cancer, [she] just couldn’t lie anymore about who she was. She came out and when you are the first you bear the brunt of that in history. You bear the celebration later in life, but in the moment, you bear a lot of ignorance and envy.”

As part of its look at Lorraine’s life and work, Milwaukee Rep will  host conversations with actress Phyllis Yvonne Stickney, who was in the movies “What’s Love Got to do With It?” and “New Jack City.” Phyllis worked with Rajendra in his version of “A Raisin in the Sun” in the Arkansas Repertory Theater and will be bringing her perspective on what it was like to work on Lorraine Hansberry’s plays. Dasha Kelly Hamilton, Wisconsin’s Poet Laureate, will also be in conversations along with others.

Check out the Milwaukee Repertory Theater for its conversations honoring Lorraine. We’ll be live streaming their Black History Month conversations on our Facebook page.