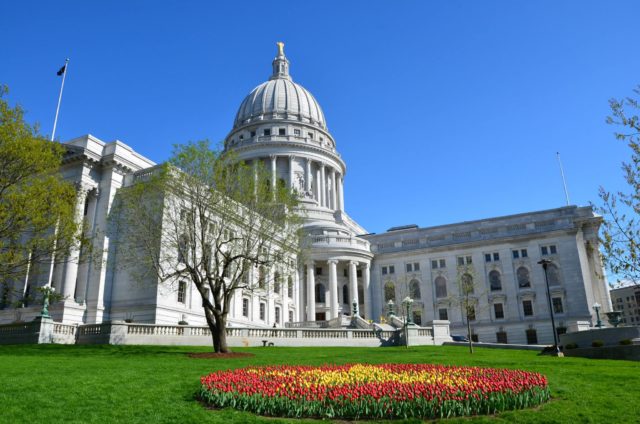 The rainbow flag symbolizing LGBTQ pride will be flown over the Wisconsin state Capitol for the first time.

Gov. Tony Evers today issued an executive order to fly the flag for the rest of June in recognition of Pride Month. The flag will be raised at a 1:30 p.m. ceremony today outside the Capitol and will fly above the building’s east wing, over the governor’s office, Madison.com reports.

“Publicly displaying the Rainbow Pride Flag sends a clear and unequivocal message that Wisconsin is a welcoming and inclusive place where everyone can live without fear of persecution, judgement or discrimination,” Evers’ executive order read.

Evers also authorized state buildings and any jurisdiction of the state to fly the flag throughout the month.

The news will give attendees one more reason to celebrate at Milwaukee’s PrideFest this weekend. The event runs through Sunday, July 9, at the Summerfest grounds.

88Nine’s Nate Imig spoke with Lt. Gov. Mandela Barnes at Pridefest Friday about the flag and the state of LGBTQ politics in Wisconsin. Listen to the interview below.