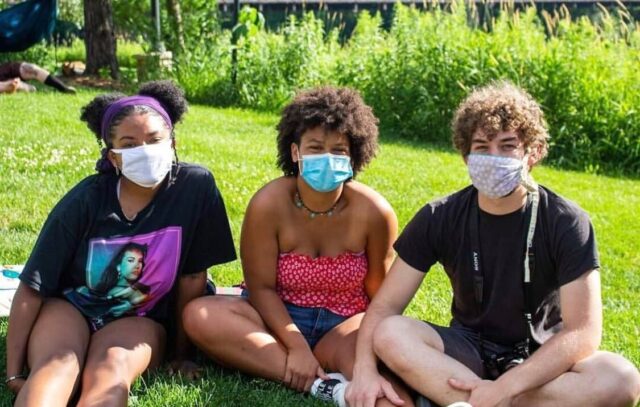 Millennials and Generation Z make up one-third of eligible voters, however, studies show that roughly 1 in 5 youth voted this past Super Tuesday. There are many reasons why young people don’t make it to the polls. It could be a case of misinformation. barriers that prevent people from voting or simply a lack of interest.

Vote Mob is a youth movement that provides a network of local partners to inspire students and young people to vote. Vote Mob paints a parallel image similar to throwing a birthday party or a huge Facebook event. Essentially, it’s aim is to amp up young voters for the big day.

The main strategy this movement uses is a private Facebook group, Wisconsin Youth and Students Power. Students from UW campuses such as UW-Milwaukee, UW-Stout and UW-Madison use this digital space to advocate change across the Wisconsin community. Currently, the primary discourse is about the uncertainty of college campuses and healthcare.

Vaughn Hess Jr. emphasizes that the goal of the group goes beyond the voting poll. Yes, it’s important to cast a vote and to amplify voices, but Vote Mob encourages students to advocate for their political power by stepping in leadership positions. One way this is done is by connecting students to local partners such as Leaders Igniting Change and Voces de la Frontera.

“In just over a month we have over 200 people,” said Hess Jr., regarding the Facebook group. “It’s to help get resources, share articles with one another and also to connect with one another.”

“That is what is most important to us,” said Ali. “We are connecting the youth with each one of our organizations with one another. To have a cross-collaborative state network.”