Wisconsin’s ‘Youth of the Year’ speaks out against sexual violence

Wisconsin’s ‘Youth of the Year’ speaks out against sexual violence 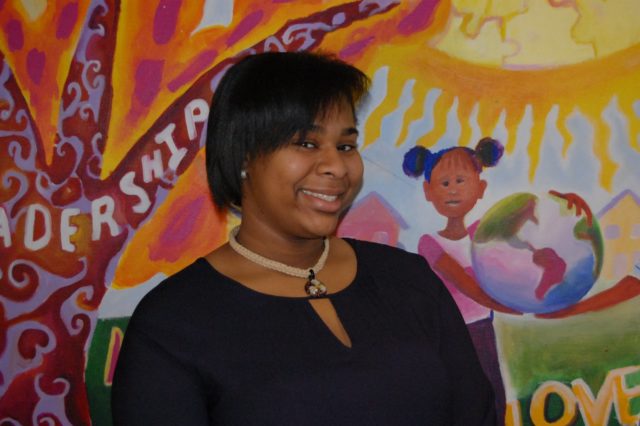 Daijahnay Canady is Wisconsin’s Youth of the Year. She’s making change and challenging those misconceptions.

She’s working to give support to other survivors like her

She’s is this year’s Boys & Girls Clubs “Youth of the Year” for Wisconsin. It’s the highest honor given emerging leaders in the Boys & Girls Clubs, and Canady can’t say enough good things about her experience.

“They’re there for homework help, and they provide everything for you,” she said. “And if you need someone to talk to, they have a lot of connections. So they can help you.”

When she started going to her local club at her high school, St. Joan’s Antida, her freshman year, she indeed needed someone to talk to. For most of her life, she had been bottling up a secret.

She is a sexual abuse survivor, and she carried that pain around since age seven. But her mentors at the club helped her to open up, and connected her with professional counseling through the youth-serving organization, Pathfinders.

“Just to have someone to sit there and listen to you is an awesome thing. And support is the most important thing.”

Now, she’s working to give that support to other survivors like her.

She helps organize the Clubs’ annual Denim Day event to raise awareness for sexual abuse survivors. She even formed her own program for peers, SPEAK. It stands for “Staying Positive, Encouraging All Kids.”

“A lot of people feel like since they were sexually abused, or in some form, they were hurt. They shut down. They don’t want to talk about it, they don’t want to speak,” she said. “And it’s a good thing to let it out. That’s what my program is going to do.”

And the new focus she’s found has permeated all aspects of her life.

Since joining the Boys & Girls Clubs, Canady has seen a 79 percent improvement in her GPA, leading to her receiving more than $15,000 in scholarships. Eventually she wants to go to law school to persue her dream of becoming a criminal prosecutor.

“I’m proud of myself because I never really thought I’d so something like this.”

So what’s next for Canady? As Youth of the Year, she is headed to the regional competition in Chicago this summer, with hopes of going to nationals in Washington D.C.

But no matter what happens next, Canady said getting involved with the Boys & Girls Clubs changed her life forever.