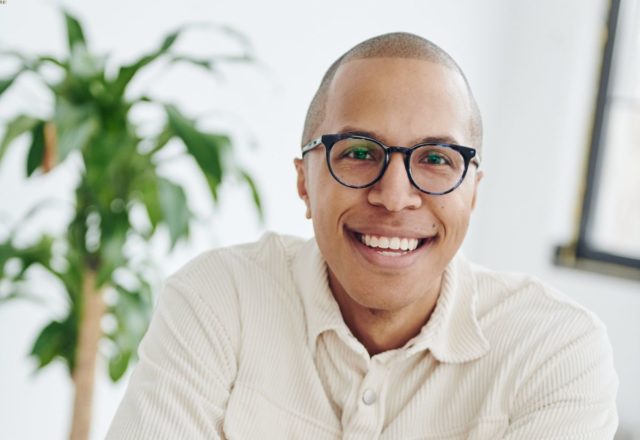 This episode of Diverse Disruptors will be about venture capital but let’s begin with simple but very tasty tacos. Yes, you heard that right: tacos. Everybody loves tacos, right? But you are saying to yourself, what does a homemade corn tortilla with sumptuous fillings have to do with investing millions of dollars into startups, especially diverse startups? Well, in this specific case, quite a bit.

Let’s take a little field trip to Zocalo Food Truck Park right here in Milwaukee. There, we head to Mazorca to grab some tacos. We order a couple of al pastor tacos and a couple of birria tacos that come with a tasty consomme to dip the tacos in. We also throw in a freshly made horchata to wash it all down. Instead of ordering this directly from the food truck, we scanned a QR code to place our order on an app called CASHDROP. CASHDROP makes it easy for businesses to start selling online directly from their smartphone within 15 minutes. The experience was seamless and our order was ready in minutes. And right here is where the connection with our guest and venture capital begins on this episode of Diverse Disruptors.

CASHDROP is founded by Ruben Flores. Flores grew up here in Milwaukee. He attended Riverside High School and graduated top of his class. He taught himself how to code, which led him to create the CASHDROP app. Oh, did I mention he was also undocumented, originally from Mexico? One of Flores’ first investors and customers was Jesus Gonazlez, owner of Mazorca Tacos and co-founder of the aforementioned Zocalo Food Truck Park. The app launched right a the beginning of the COVID-19 pandemic and it took off.

Then Flores met with Harlem Capital, which was co-founded by our guest Henri Pierre-Jacques. Then in August, Harlem led a seed funding of $2.7 million investment into CASHDROP to scale the young startup. Harlem Capital was impressed with Flores’ story and strong product using minimal resources.

With over 500% growth this year, CASHDROP now has over 2000 customers including a 13-year old selling slime kits and Miami’s Good Time Hotel that is co-owned by Pharrell Williams. The startup now has 20 employees with plans to grow to 50 to 60 in 2022. Flores is on the way to becoming one of those rare Latino entrepreneurs with the help of Harlem Capital, tacos and our guest.

Founded in 2015, Harlem Capital isn’t your typical silicon valley VC firm. Henri Pierre-Jacques aimed to change the face of entrepreneurship with Harlem Capital by investing in 1000 diverse founders in 20 years and Flores happens to be one of them. Henri and his team understood the fact that only 2.6% of VC funding goes to Black and Brown founders.

And back in March of 2020, Harlem Capital closed a $134 million round for their second fund to help make their goal a reality. It is truly an accomplishment for a Black-led VC firm, where only 3% of investment partners are Black. I not only wanted to understand the world of venture capital but how Henri Pierre-Jacques, a Haitian-American, became one of the prominent investors of startups in the country. We began with his story growing up in Detroit.