‘A Quiet Place 2’ is best seen in the movie theater

‘A Quiet Place 2’ is best seen in the movie theater 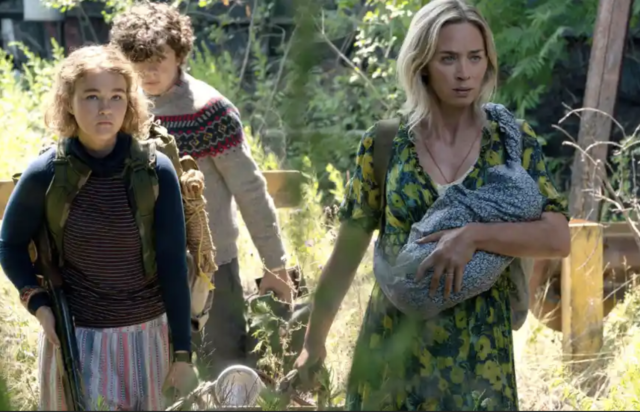 You know they passed on calling it “A Quieter Place.” It’s not like they didn’t think of it. They chose not to. Anyway, “A Quiet Place Part II” is a John Krasinski joint. He wrote, directed and appears in the movie. This one takes place right where the last one left off, but also flashes back to the first day of the disaster, which was a bit that they brilliantly left out of the first Quiet Place.

The intrigue of the first movie was its mystery. The monsters’ particular attributes were unknown and you are dropped into a world which had adapted to the monsters. Like in most sequels, the mystery is gone.

This sequel did as much as it could without having anything left to reveal but it had nowhere near the punch of the first. Even with that said, this is an excellent movie to see in a theater with other people, especially since it might be the first one you do that with. The quiet spaces really build more suspense with one hundred other people collectively holding their breath. If you see it, see it in a theater.

Also, Kpolly and I get into a lengthy What Else We’ve Been Watching that takes a turn to the intricacies of doing an impression and early Bernie Mac stand up sets. Come for “A Quiet Place,” stay for the weirdness.