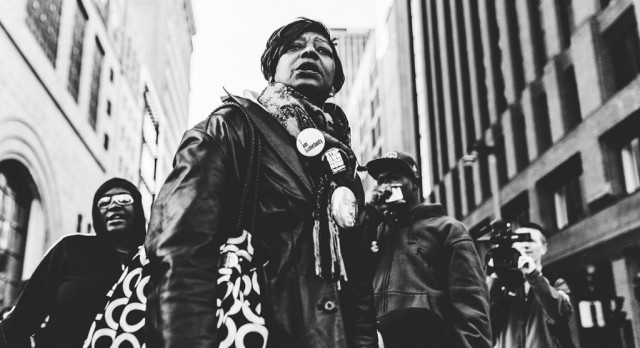 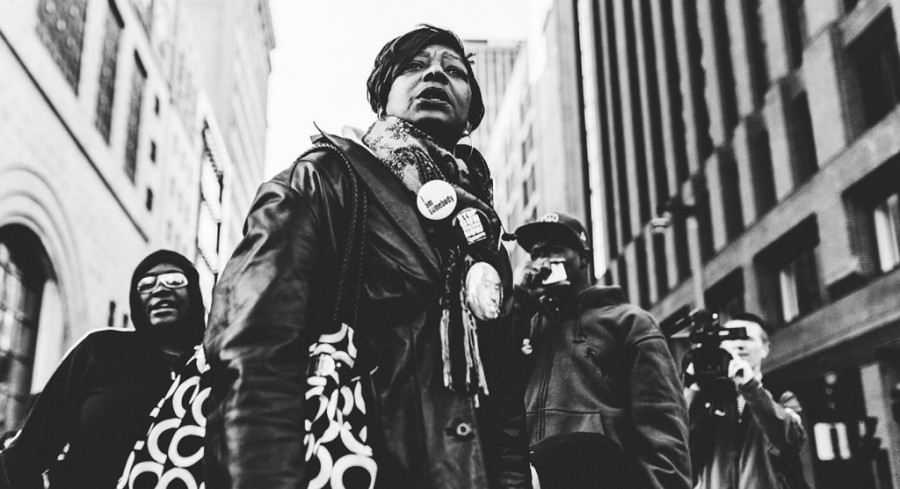 Scene from “Mothers for Justice”

These films embody conflict, rigor, determination and community — highlighting the alliances and coalitions of people that unite when injustice is alive.

All films are being shown at UWM’s Union Cinema, 2nd floor of the Union, left of the Wisconsin Room. They are free and open to the public.

A musical revolution and demand for recognition — this film follows the creation of N.W.A. and its members: Dr. Dre, Ice Cube, Eazy-E, MC Ren and DJ Yella. They drew inspiration from their lives in Compton, motivated to use music to express their frustration and make their voices heard. This film is the highest-grossing music biopic ever made.

Both of these films illustrate devastating loss in troubling times, proving the importance of the Black Lives Matter movement.

“3 1/2 Minutes, Ten Bullets” (2015, 98 minutes) shows the aftermath of the  “Thug Music Trial.” In 2012, a software developer, Michael Dunn, shot ten bullets into an SUV of black teens. A dispute broke out after Dunn became enraged at their loud “thug” music. 17-year-old Jordan Davis was fatally shot. This film follows the repercussions of this tragedy and its affect on the fabric of our society.

“Mothers for Justice” (2015, 16 minutes) brings the story closer to home. Described by his family as neither dangerous or homeless, 31-year-old Dontre Hamilton was fatally shot by a Milwaukee police officer while sleeping on a park bench in Red Arrow Park. This film depicts the events that unfolded afterward — shaking Milwaukee as a community and the nation as a whole.

On the day of the bicentennial of the Declaration of Independence of Haiti, President Aristide prepared to celebrate. For months, students and demonstrators protested against the dictatorship. In this story, two brothers take different different paths of support.

Seeing parallels between their lives in Richmond and of the struggles in Shakespeare’s Romeo and Juliet, Donté Clark and other local youth decide to rewrite the play through an urban lens. Hoping to spark discussion and awareness of the violence in their city, the youth use the power of words as a tool to unite people. This film was the winner of 2015 Milwaukee Film Festival Audience Award.