Andra Day is exceptional in ‘The United States vs. Billie Holiday’

Andra Day is exceptional in ‘The United States vs. Billie Holiday’ 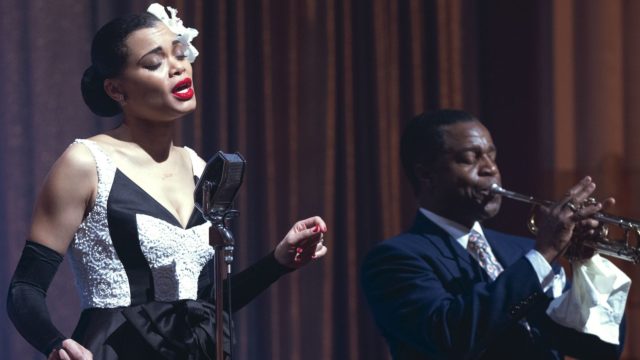 “The United States vs. Billie Holiday” is the new Lee Daniels biopic/historical drama that follows the career and life of Billie Holiday and the long pursuit by the U.S. government to take her down by any means necessary because of the ideas that the song “Strange Fruit” put in listeners’ heads. It’s part of a larger conversation on race that the entertainment industry and our culture as a whole is having. It follows similar reviews of historical events and figures like “Judas and the Black Messiah” and Steve McQueen’s “Small Axe” series.

Singer Andra Day plays Billie Holiday. A lot of time when a successful singer tuns to acting it can be a roll of the dice, but Day is excellent and she has been rewarded for it. She won the Golden Globe for Best Actress in a Motion Picture – Drama. And she’s nominated for an Academy Award for the role, too.

But, is the movie any good? That’s what we talk about.

Also, I watched “Tenet.” And I’ve got some thoughts. No everyone is going to be happy about them. Sorry in advance. And, after I tried so hard to get Kpolly to agree to watch the Snyder Cut of “Justice League” he watched it by himself the very day after he refused to do it for this show. His review and more in the pod.