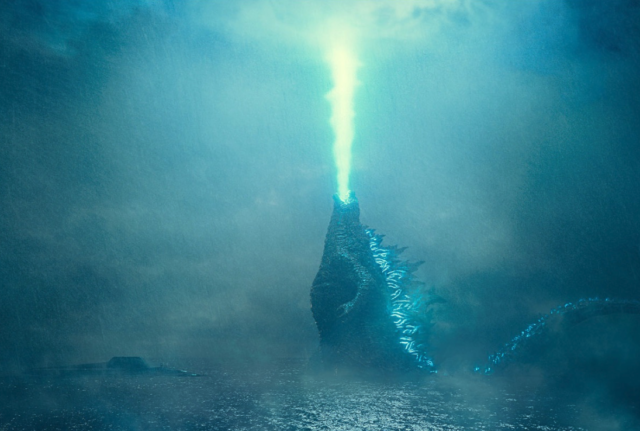 Read more and listen to the full episode below to hear us talk about “Godzilla: King of the Monsters.”

“Godzilla: King of the Monsters” is the billionth movie in the Godzilla franchise. In recent years franchise movies have really become a thing, but Godzilla has been there from the beginning. The first Godzilla movie was made in 1954. They have made 30 something since, including one already titled “Godzilla: King of the Monsters.” In the beginning Godzilla was a metaphor for nuclear weapons and the destruction that mankind can bring upon nature and itself, and, in time, perhaps sadly, we have fallen in love with Godzilla and he has become a protector of humanity which he remains to be in this film.

One of the great things about this franchise and any franchise is familiarity. In this movie we see the return of classic Godzilla friends and foils including Mothra, Ghidorah and it teases an upcoming match with King Kong.

It also picks up almost immediately after the last Godzilla movie, 2014’s “Godzilla,” so if you are unfamiliar, or just forgot the immediately forgettable and drawn out human drama of that movie you might want to refresh yourself for plenty more if it in “King of the Monsters.”

In the podcast Kpolly and I will go into some of the things that were truly great about this movie and the many other things that truly weren’t great. Plenty of monster talk and Godzilla jokes. Check the podcast in the player below.