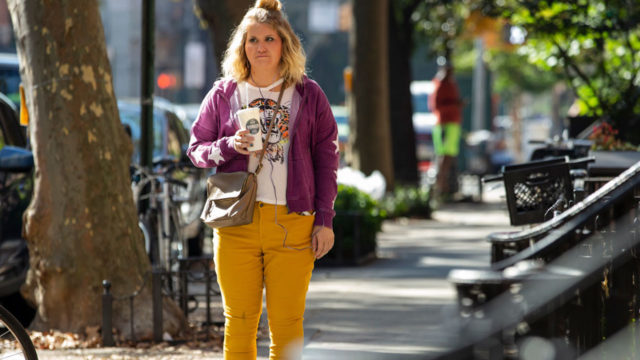 This week on the podcast we are talking about the directorial debut of  Paul Downs Colaizzo, “Brittany Runs a Marathon.” Listen below.

The film follows a hard-drinking and generally unhealthy Brittany as she realizes she needs to make some changes.  Begrudgingly and reluctantly dipping her toe into the world of running (not away from danger, but on purpose), she starts to discover a new side of herself.

Of course, discovering a new side of yourself means a lot of complications along with all the stuff that’s good and nice and good.  And Jillian Bell (Brittany) plays this with her usual quick and acerbic wit delivered with Grouch Marx-like rapid fire.

You’ve probably seen Bell in a number of broad comedies over the years such as “22 Jump Street,” “Office Christmas Party,” or “Bridesmaids.”  She always pops up in a small but memorable role — usually to deliver an intense and funny punch to a main character.  But she’s also caught the eye of indie goliath, Paul Thomas Anderson.  Anderson has a notorious penchant for comedians and has cast Bell in two of his films (Inherent Vice and The Master).  But, in Marathon she has found a vehicle to let her stretch her wings.

The story touches on a very American subject – our bodies and obesity.  The internet is, of course, buzzing with reaction.  Either it hit the mark perfectly or it grossly misrepresented the experience. So, did a thin, athletic, handsome young man (Colaizzo) accurately portray the issues of obesity and the struggles of body-image in American women….?  Let’s hope that Jillian had some input, too.