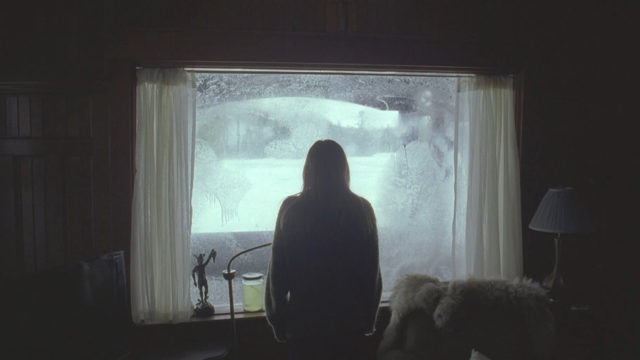 On today’s episode, they’re previewing a movie you won’t find in the film festival guidebook, since it was listed as TBA. It’s “The Lodge,” a horror movie perfect for Halloween that’s already earning comparisons to “Hereditary.” It’ll screen at the Avalon Theater at 10 p.m.

“The aunt/nephew duo behind Goodnight Mommy return with this twisty, dread-soaked story of a family forced to reckon with past trauma harkening back to Hereditary. Grace (Mad Max Fury Road‘s Riley Keough) retreats to a remote winter cabin to spend the holidays with her new boyfriend (Richard Armitage) and his two young children (including IT‘s Jaeden Martell). When dad is forced to abruptly leave for a work emergency, he leaves behind a chilly relationship in desperate need of thawing. Complicating things is the raging blizzard that traps them indoors as a series of increasingly terrifying events dredge up the specters of Grace’s troubled past. A slow-burn descent into paranoid madness, The Lodge mines its isolated setting for all its worth, amping up the tension through its harrowing exploration of unprocessed grief.”