Cinebuds MKE Film Fest pick of the day: Ahead of the Curve

Cinebuds MKE Film Fest pick of the day: Ahead of the Curve 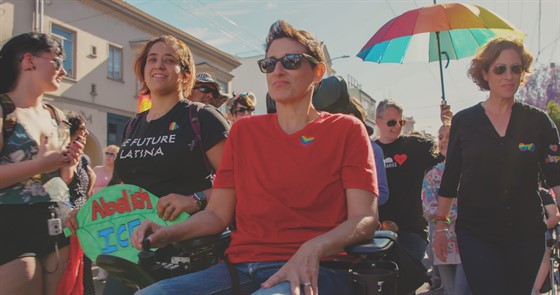 The Milwaukee Film Festival is underway! Click here for all info on the fest. It’s all virtual this year, so no difficult schedules, no waiting in line, no uncomfortable seats! It’s the comfiest festival so far.

Here is how to fest.

Here is all the films.

And here is a list of events. Every night at 8 p.m. Milwaukee Film will be holding a get together called The Nightcap where we will all get together on our computers and check in and chat with directors, actors and maybe some other surprises too.

And every day, me and Kpolly are highlighting a movie we are watching and one that we think you would like too.

Today’s pick: Ahead of the Curve

This entertaining and informative documentary tells the history of Curve, the best-selling lesbian lifestyle magazine ever published. Following the pioneering exploits of its founder, Franco Stevens, Ahead of the Curve charts the groundbreaking cultural impact that Curve had on lesbian politics and visibility. Curve broke new ground in centering the diversity of the lesbian experience, drawing attention to problems that persist to this day. Featuring appearances by lesbian royalty Melissa Etheridge and Lea DeLaria.