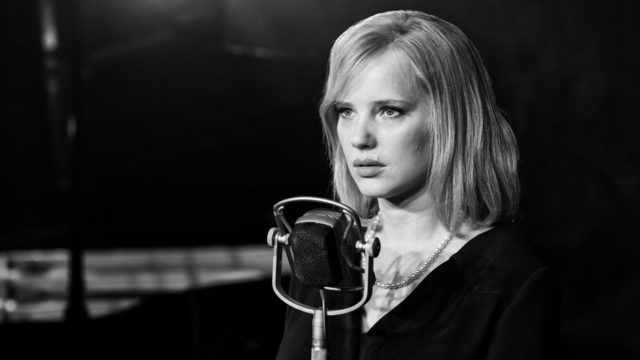 The plot: “Cold War” is a passionate love story between a man and a woman who meet in the ruins of post-war Poland. With vastly different backgrounds and temperaments, they are fatefully mismatched and yet condemned to each other. Set against the background of the Cold War in 1950s Poland, Berlin, Yugoslavia and Paris, it’s the tale of a couple separated by politics, character flaws and unfortunate twists of fate—an impossible love story in impossible times.

It’s a very simple plot, but sometimes less is more. What it lacks in narrative complexity it makes up for in the beauty and romance of its black and white filmography, the acting, the score and Paweł Pawlikowski‘s directing.

This year it received three Oscar nominations (Best Director, Best Cinematography and Best Foreign-Language Film), and it’s pretty easy to see why even in the trailer :

'Cold War' is a simple, but perfect movie

Do you like simply beautiful things? We do. If you do too, go see the movie “Cold War.”

Read more and listen to the full podcast episode below to hear our review of “Cold War” and about some films to watch in honor of Women’s History Month.

My favorite part of the whole movie was the opening shot. It starts with a close up of these intriguing folk musicians, who one of the main characters is filming as part of a project to preserve the folk songs of the villages of Poland at the time. But then a gigantic poster of Stalin starts unraveling in the background.

The rest of the movie follows this theme. It starts about music, but then starts to more and more about politics and the main characters’ relationship. In this way, it tells a surprisingly warm story about love and music in the time of hovering communism. And we found it fascinating and beautiful.

From the sets to the way it’s filmed, the whole thing is so well done that you completely forget that this wasn’t actually made in the 1950s, but 2018.

Also, it’s Women’s History Month! Here is a list of screenings of movies with a strong female lead in Milwaukee to celebrate.