Does Adam Sandler deserve an Oscar for ‘Uncut Gems’?

Does Adam Sandler deserve an Oscar for ‘Uncut Gems’? 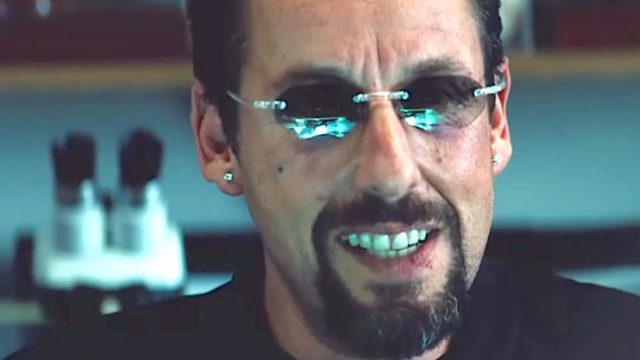 On this week’s episode we’re discussing the heart-racing new thriller “Uncut Gems,” and wading into the debate over Adam Sandler’s Best Actor chances. Stream it below.

“Uncut Gems” is the new fast paced, hectic race, jewelry case, outer space movie from the Safdie Brothers. Fun fact, the Safdie Brothers’ dad worked as a jeweler in New York when they were kids and the main character is based on him and the atmosphere surrounding that type of high stakes career.

And speaking of that character, the main character is played by the one and only, Adam Sandler. The movie has many people calling for Sandler to win Best Actor at the Academy Awards for this performance. Is that what we think? I don’t want to give it away.

What I will say is that this movie is best watched IN A THEATER. There is something about watching something so anxiety ridden that is somehow made better AND worse by being stressed out around a whole bunch of people who are going through the same ride. There were moments here the whole theater let out a giant breath and other times where the whole theater gasped. Either way, go see it in the theater, and listen to what we thought of “Uncut Gems.