What do Hank Aaron and Justin Vernon have in common?

What do Hank Aaron and Justin Vernon have in common? 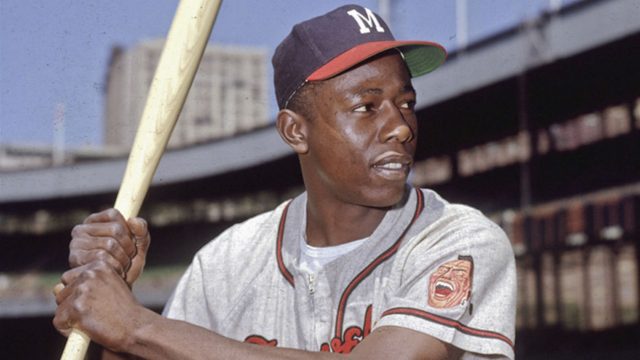 Hank Aaron and Justin Vernon share one thing in common. They both got their start in their respective careers in Eau Claire. Before Hank Aaron broke the home run record and before he played for the Milwaukee Braves, he got his professional start for the Eau Claire Bears in 1952.  If you go to Eau Claire, you can find a statue and a plaque of Hank Aaron in front of Carson Park where he played.

In 2005, a documentary called “Henry Aaron’s Summer Up North” was released that told the story of Hank Aaron’s time in Eau Claire. Through interviews, old footage and recreations, the film looked at how Alabama native Hank Aaron adapted to the Northern Wisconsin culture. At times it was positive and at other times it was full or racism and bigotry. The film was produced and directed by Milwaukee natives Josh Adams and Bill Povletich.

For the first time ever, you can watch the entire documentary online thanks to the filmmakers.  Watch “Henry Aaron’s Summer Up North” below.