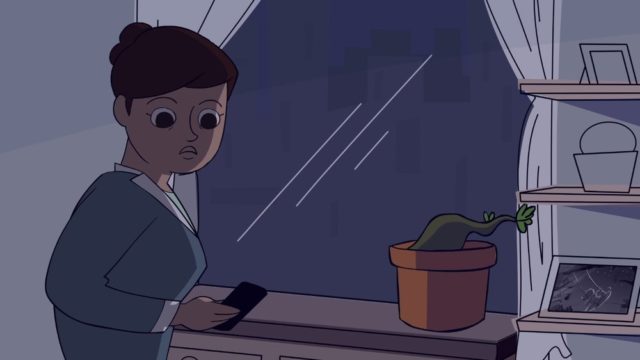 About a month prior to the Milwaukee Film Festival, the second annual Milwaukee Women’s Film Festival will take place from Sep. 8 – 10 at the Underground Collaborative inside the Grand Avenue Mall.

The festival showcases feature films, documentaries, and short films produced and directed by local and international filmmakers who tell the stories of women.  The festival also celebrates the contributions that women have made to the film industry.

Drama, documentary, stop-motion animation and many other forms of storytelling will light up the screens for the three-day festival. “The variety in film styles, stories, and characters that the festival has been able to draw this year has helped us put together an amazing and diverse film line-up that will surely keep our attendees captivated,” said Festival Director Andrea Thompson.

The stories themselves cover a wide range of topics, including non-fiction documentaries such as After Orlando, Getting Its Pulse Back, which follows the recovery of victims and witnesses of the 2016 Orlando club shooting, and comedic dramas like Birds Dropping, a fictional short about a road trip gone wrong. Attendees may even recognize a few familiar faces on the big screen, including local florist and star of Artist in Bloom Sally Vander Wyst, and actor Mike Borchardt, known best for the 1999 cult classic American Movie, who stars in a festival short titled Where the Great Spirits Live.

Tickets for the festival are $10 per session, $50 for a two-day pass, and $70 for three days. Tickets for the opening night party are also available for $15. All tickets can be purchased on the FilmFreeway and Eventbrite, and a full schedule of the festival can be found on the festival’s website www.filmgirlfilm.com.

Check out the film schedule and some of the trailers below.

7 pm : Adele and Everything After

Preceded by One in Five short

preceded by Gardening At Night

Won’t Somebody Think of the Children

I Think You Should Come To America

preceded by The Sandi Connection

Where The Great Spirits Live

After Orlando, Getting Its Pulse Back

7 pm: A Year With Betty Gold

preceded by Silent No More

The Sunrise Storyteller Official Trailer from Kasha Slavner on Vimeo.