Cinebuds in outer space! A review of the new film High Life

Cinebuds in outer space! A review of the new film High Life 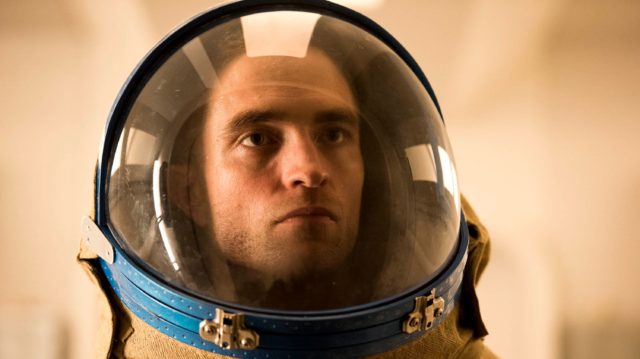 Read more and listen to the full podcast episode below to hear us talk about “High Life.”

This week on Cinebuds, we discuss the new film by iconic French director Claire Denis, “High Life.”  This is her first film in English and her first attempt at tackling science fiction, an idea she’s been considering for the past fifteen years.

The film takes place on a spaceship heading toward a black hole in an mission to test for a potential energy source for Earth.  The crew of the ship are all prison inmates who’ve been told this is their chance to make things better, but they weren’t told that they won’t be coming back.

Robert Pattinson and Juliette Binoche lead the cast on a slow ride to the ends of the universe, which tests the crew’s humanity in the face of both solitary confines and endless space. Binoche plays an inmate and doctor who uses the crew in her seemingly sanctioned fertility experiments, though which Pattinson unexpectedly becomes a father to a baby girl.

The film has a definite visual style and strong cast.  (I want to hate Robbie Patts, but I guess I can’t anymore.)  But, what did we think of the film overall? I think there may be a split decision on this one.  You may be wondering if there is a futuristic science cabinet that fulfills your sexual needs in deep space?  (Why are you wondering that? Have you seen it already?) Well, I guess we’ll probably discuss that then, as well.

Thanks for reading, but now it’s time to sit back and listen to the podcast.  Our soothing voices are as relaxing as the endless starry landscapes of the outer limits.  Who said that? That’s so sweet!