‘His House’ offers a fresh perspective on the haunted house genre

‘His House’ offers a fresh perspective on the haunted house genre 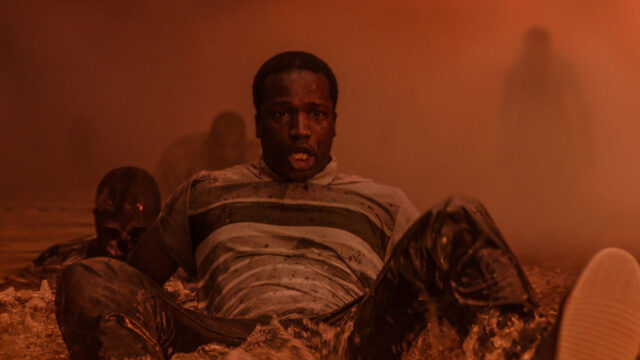 Kpolly here. Horror movies. What are they? Why are they? And are they HOW….? Look, I’m terrified right now, so my sentences aren’t exactly well constructed.

What I’m saying is that this week on Cinebuds we’re talking horror movies.  And the new film “His House” in particular.

Milwaukee Film had a whole festival (we’ll be talking about that too), so we were too occupied to delve into the genre of the season before Halloween, so we’re making up for lost time. And “His House” is a new offering on Netflix. Director Remi Weekes’ first feature offers a take on the haunted house story with a fresh perspective. Two asylum seekers, after a long traumatic journey from Sudan, attempt to settle in England and not only deal with issues of assimilation and identity, but they are also pursued by something otherworldly.

We’ll discuss our reactions to the film and the current state of our ever-evolving appreciation of the genre — good and bad.

Sure, Halloween is over, but if Walgreen’s gets to start in on Christmas this early, we will damn sure feel free to extend our horror film watching season a little further!