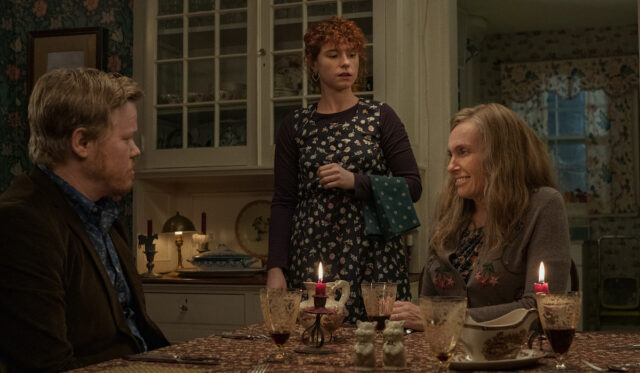 Kpolly here. This week on Cinebuds we enter the labyrinth of Charlie Kaufman’s world with his new Netflix film “I’m Thinking of Ending Things.”

Kaufman is the fragmented mind behind such films as “Being John Malkovich,” “Eternal Sunshine of the Spotless Mind” and “Synecdoche, New York.” The worlds he creates are often confusing examinations of the human mind and the films visually represent that to an alarming, but often whimsical degree.

The whimsy in his new film is present, but that word feels too colorful and light this time. The spine of the story is a couple driving home to meet the young man’s parents, coupled with a parallel story of a quiet janitor and his humdrum life. But, the complexity and hallucinations are slowly heaped on as the story moves…. I was about to say “forward” but that’s not always accurate.

Love it or hate it, Kaufman has made a much more interesting and challenging film than much of the fare you’ll get this year.