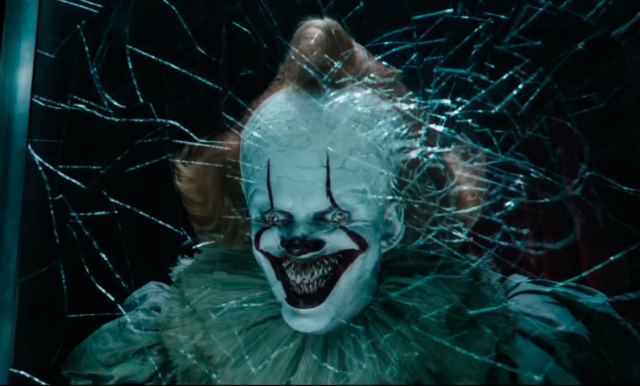 This week we’re talking about “It Chapter 2,” which divided us. Find out why on this week’s episode.

Chapter One followed a group of rag-tag kids as they fight against a truly terrifying clown named Pennywise, who haunts the city of Derry, Maine where they live. At the end of one, they made a blood oath that if the clown ever came back that they would reunite to take him down for good.

They wouldn’t really make a Chapter Two if they had killed him then, or at least, it would be a fun and nice movie about a happy little town in Maine. That’s not what happens here. Sure enough, 27 years later, the Losers Club have all gone their separate ways, but fine themselves coming back to Derry to fight the evil clown.

The kids are grown up. Jessica Chastain, James McAvoy, Bill Hader and Isaiah Mustafa play just a couple of the many characters in this film and it’s peppered with flashbacks from the old crew, too.

I (hi, Justin here) watched the original TV mini-series as well as Chapter One in the theater. Kpolly is going in BLIND. Together we come to some differing opinions on why we liked or didn’t like the return of It.