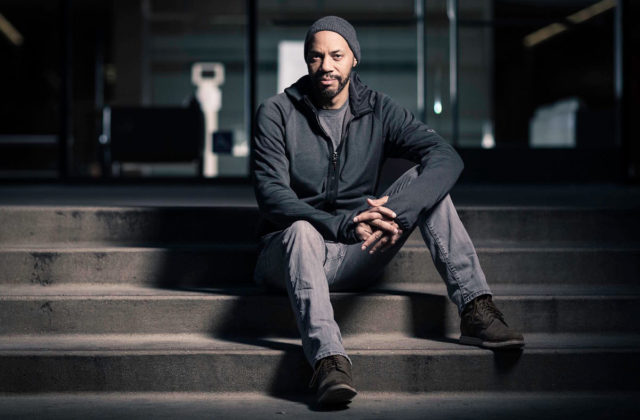 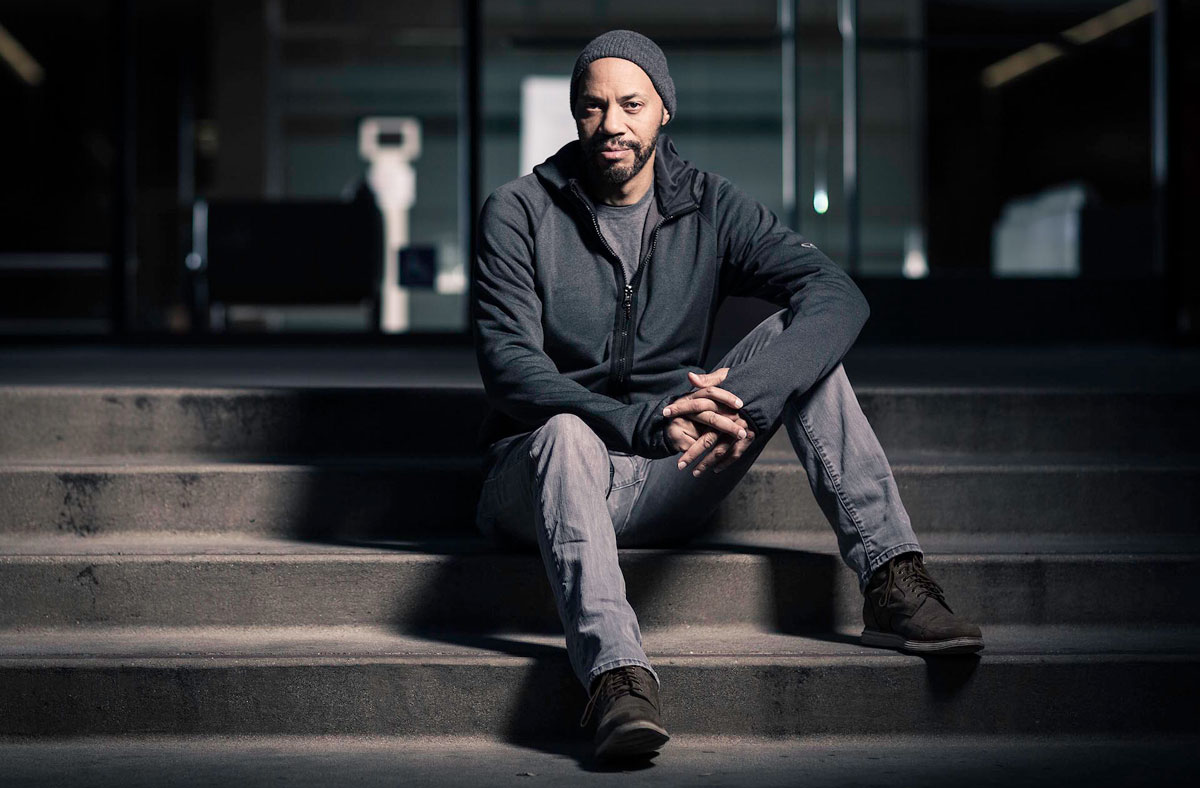 First off, what inspired the concept of No Studios? Why Milwaukee for No Studios?

Milwaukee is where I was born, it is where I was raised, it is my home. It’s where my parents live, my younger sister and her family is there. It’s an amazing city, it’s a great city. Every part of my life happened because of being there and the environment, encouragement I received from people. It’s the kind of place where… no disrespect to New York, Chicago or Los Angeles, but you can accomplish things there and you’re just one among millions. Milwaukee has always made me feel that the accomplishments that I’ve been able to achieve really resonate with folks back home and in the city and frankly, across the state.

At this point in my career and this point in my life, to be able to bring an environment where we want to encourage people, traditionally disenfranchised people, people who traditionally are not encouraged, to be creative, to make choices about how they express themselves that are positive because people are willing to listen and they can be pure entertainment, they can be political, they can be insightful, but at the same time, they have an impact in the public square – that’s why Milwaukee.

'Milwaukee is not just 90 miles north of Chicago, it’s a city that is vibrant and full of our own creative individuals.'

This weekend, John Ridley’s hub for the creative arts, No Studios will celebrate its grand opening in downtown Milwaukee.

Located in the new Pabst Brewery complex, No Studios’ 40,000 square foot building will feature a mix of long-term and short-term offices, conference rooms, shared works spaces, gallery space, lounge, a cocktail bar, a Colectivo coffee shop, 47-seat screening room and a performance space with a stage. There will also be a rooftop bar that will host events with views of the city.

No Studios has planned a series of events all weekend long for members and for the public including a panel of Milwaukee-based female filmmakers focusing on inclusion in the industry on Oct 12 at 7 p.m.

With Milwaukee Film Festival celebrating its 10th anniversary and the opening of No Studios, is Milwaukee’s film scene about to experience a renaissance? I got a chance to talk to Milwaukee native and Oscar-winner John Ridley about No Studios and his vision for the local film scene.

Milwaukee has always made me feel that the accomplishments that I’ve been able to achieve really resonate with folks back home and in the city and frankly, across the state.

We could have tried to do something like this in New York and this goes back to your question on inspiration. There are other models like this, I wish I could say I was so creative and independent-minded I’d come up with something that doesn’t exist anywhere else, but there are places like this.

But there wasn’t anything like this in Milwaukee, in general, with the common shared space work areas. Certainly, ones that catered to individuals who are creative, and those, in particular, people who are by the prevailing culture, other-ized, told that no, this is a space by us for everyone but particularly for you. You can come and you can be welcome, you should be welcome. If you come with the idea that you’ll be in partnership with creativity, by all means, we want you to be here and we want to find ways to help you, support you and nurture you. 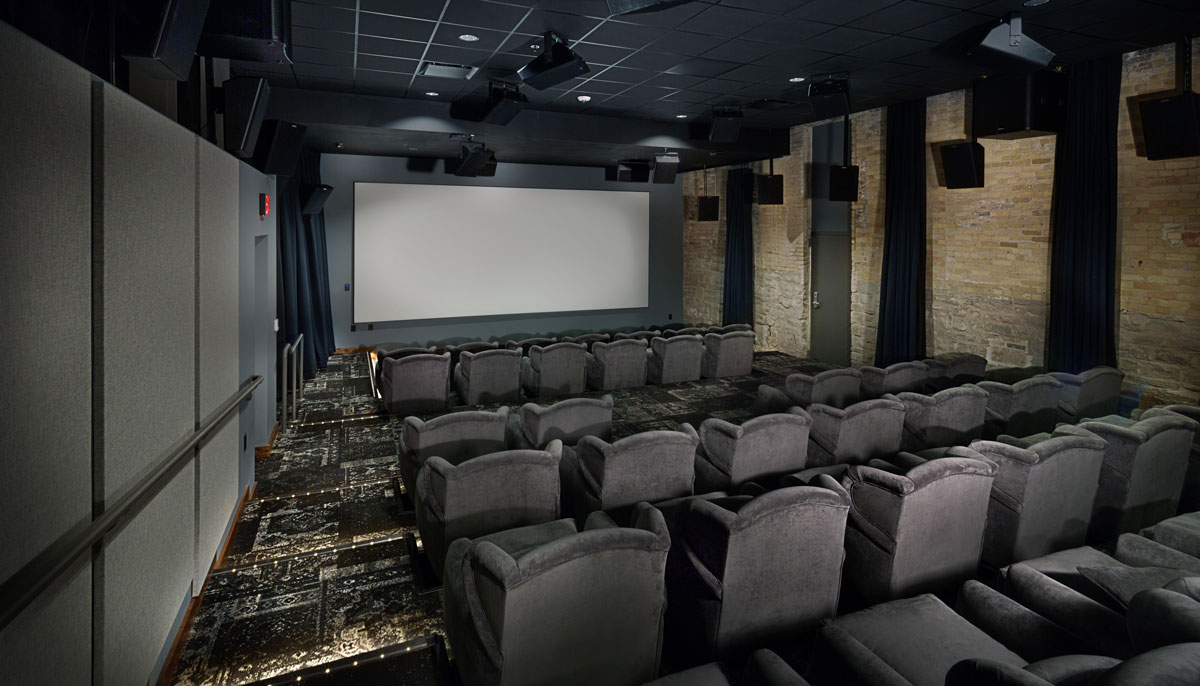 A big component of No Studios is dealing with film. As you said before, you’re very proud of Milwaukee, you owe a lot to Milwaukee, what is your vision for the city when it comes to film? What do you see No Studios contributing to, what is your dream for Milwaukee in the realm of film and creative fields?

I think they are two separate issues. Some of them, as we have been talking to people, have been conflated. One of the things we have to separate is what we want to do with No with the conversation about the film industry in general. Whether we are in Milwaukee or Georgia or Louisiana that have attracted a preponderance of the filming that has been going on, those are the kind of questions about actually attracting filmmaking, those are larger issues. Those have to take place in Madison and they have to take place over time.

It’s about building incentives, a program where people want to make films because they’re getting some kind of a rebate – but rebates that don’t bleed the state and don’t bleed the taxpayers, but really incentivize productions to come and spend money. As far as I’m concerned, there’s no money like entertainment money because you’re bringing work, you’re bringing post-production… it’s science, it’s writing. 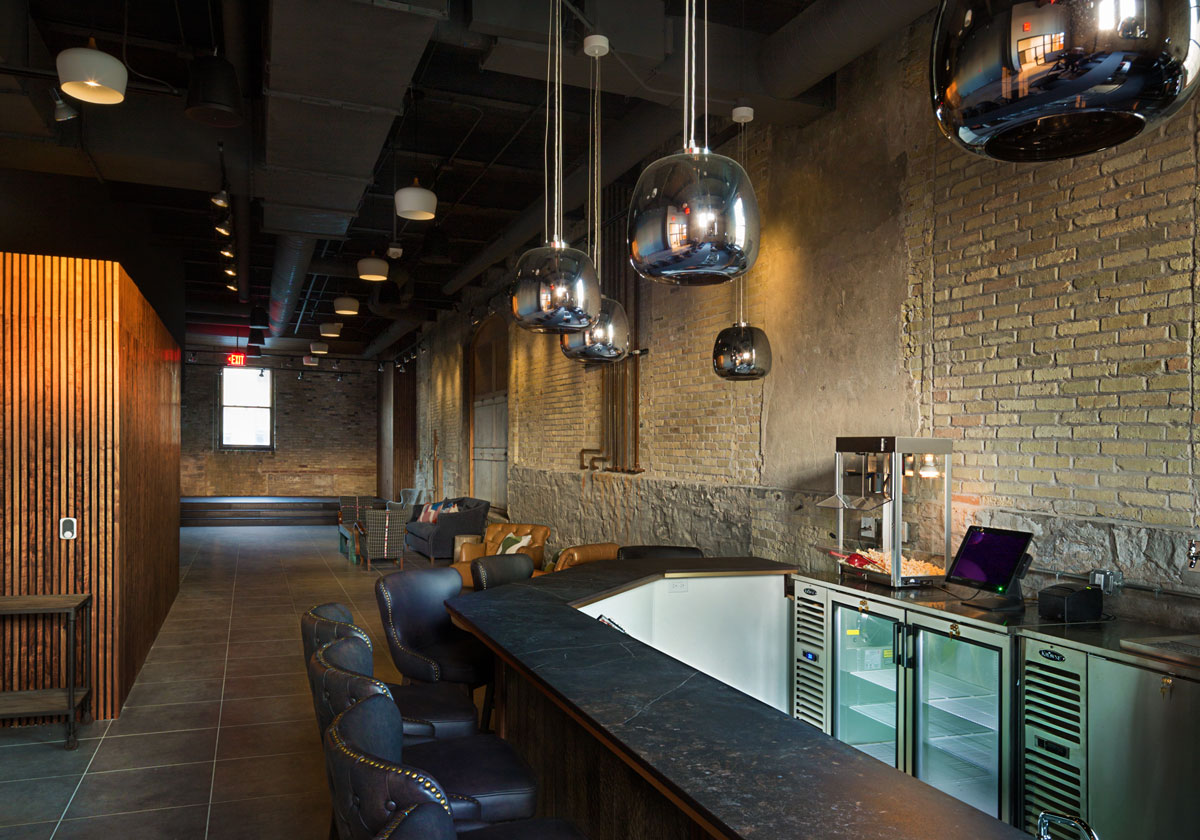 No Studios’ Gallery and Bar

Also, when I’m shooting I end up bringing my family. Families come and they stay in hotels and eat in restaurants. It’s money that bleeds into all parts of the communities. That, again, is a larger conversation. And one that as an individual, I would be certainly happy to have any time or help spearhead. Again, working with the administration or administrations, because it’s a long-term process, to try to build that kind of financial infrastructure. Like Foxconn or the new sports stadium, you have to have these partnerships and people have to have an understanding of the give and take necessary for everyone to have space where there is an equitable distribution of the finances.

An old stereotype of young writers in Hollywood is that you hang out in coffee shops and you write. Part of that is because when you’re younger, maybe sitting in a park, you might not have a lot of places to go and you just want to get out. Part of it is being around like-minded people where you can share your ideas, where you can cross-pollinate, where you can pitch things back and forth. That’s one of the fundamental elements of just creativity.

Across the board, in terms of dealing with individuals, dealing with small productions, dealing with building conduit. So there are people who are ready in terms of the work they are doing, ready mentally and emotionally to try and go out into the larger world, what can we do to provide a conduit so they can meet with, pitch and deal with folks who are building productions. 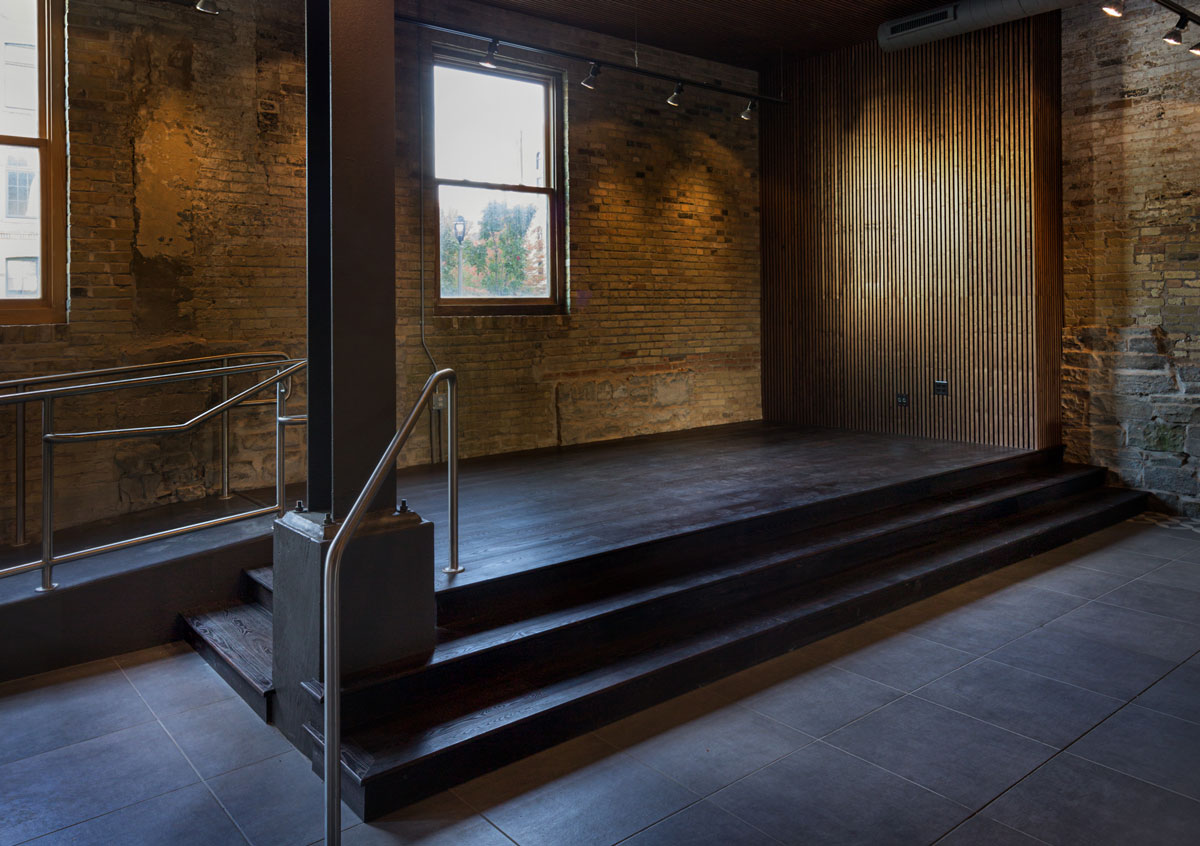 Similarly, part of that conduit is getting people to focus on Milwaukee. I’m not the only creative person to ever come out of Milwaukee by any stretch. To get individuals to understand Milwaukee is not just 90 miles north of Chicago, it’s a city that is vibrant and full of our own creative individuals. It’s unique. It has that small town charm, but at the same time is very progressive in many ways.

We want to be able to be part of that. Get people outside of Wisconsin. I love the city and it distresses me sometimes when I say I’m from Milwaukee and people go, “Oh! Laverne and Shirley.” I think, “Wow, that’s really all you know about Milwaukee? A TV show that was on 35 years ago?” Wonderful TV show, “Happy Days” too, but there’s more to it than that. And there’s more that needs to be paid attention to then just when the Brewers are doing exceptionally well, or just when the Bucks are doing very well. 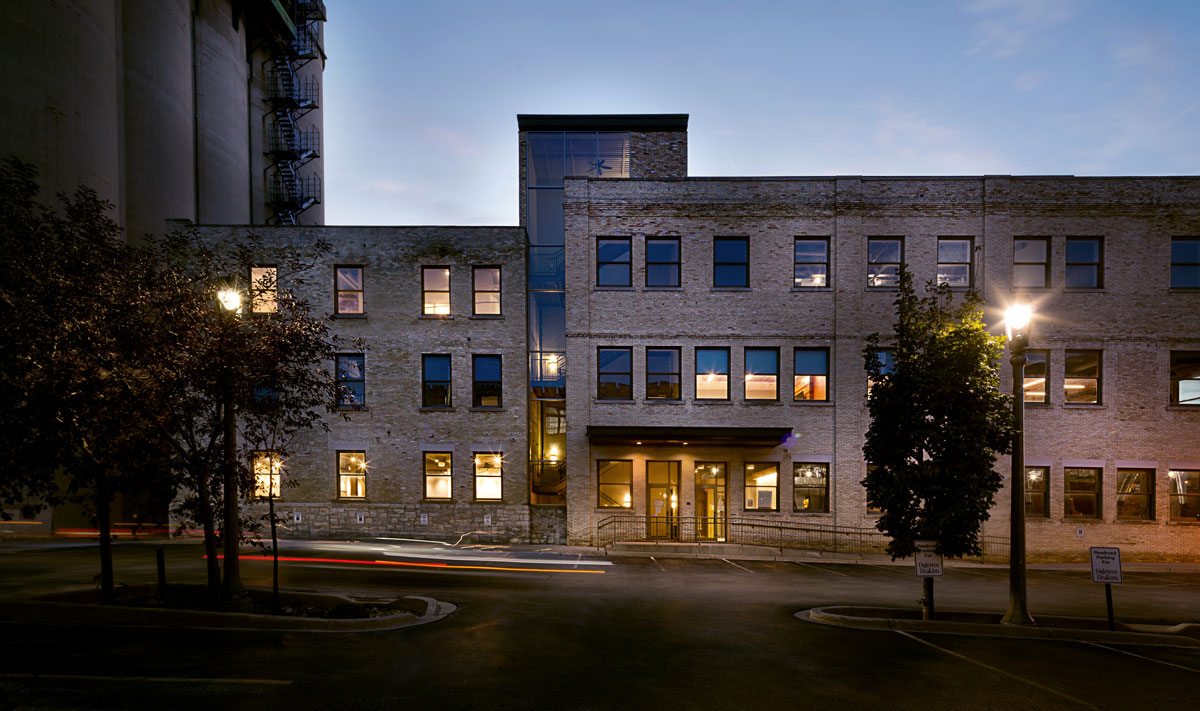 Most importantly for us again, is to take individuals who are not normally encouraged to speak in different voices; to share their stories, to share their perspectives.