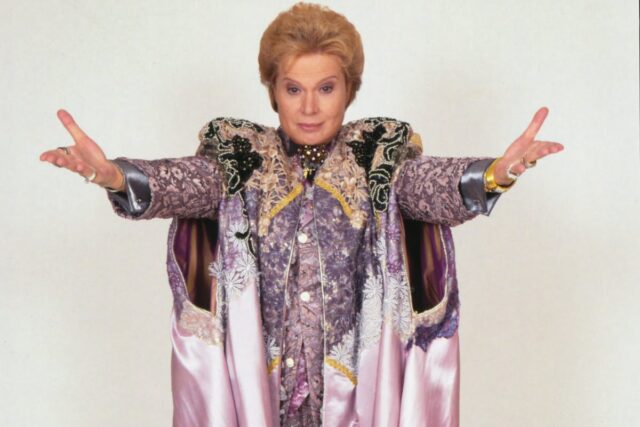 Kpolly here. This week on Cinebuds, we are delighted to discuss the newest Netflix acquisition, MUCHO MUCH AMOR: THE LEGEND OF WALTER MERCADO.

True story: I first learned about this film while talking to the director’s dad in the dog park across from my house. I did NOT have a dog at the time…  But he told me his daughter — filmmaker Cristina Costantini, who directed Milwaukee Film’s opening night film “Science Fair” a couple of years back — was working on her new film that would be premiering at Sundance about an icon of Latin America who is a cross between Oprah and Liberace.  Needless to say, I was intrigued.

Walter Mercado was an actor who transitioned into a pop culture phenomenon TV show where he discussed astrology. Kids and their parents and grandparents would gather around and shush everyone in the room as their sign was about to be announced. “Quite! He’s going to do Libras now!”

He was ubiquitous in Latin America, though lesser known in the U.S. But this documentary has exposed Mercado to us as a benevolent and mystical presence that we all wish we’d known of sooner.

Lin-Manuel Miranda makes an appearance that really drives home the effect Mercado had on his audience — and still has today.

Pro tip:  Watch this film with your grandmother!