Local director takes an intimate look at violence in Milwaukee

Local director takes an intimate look at violence in Milwaukee 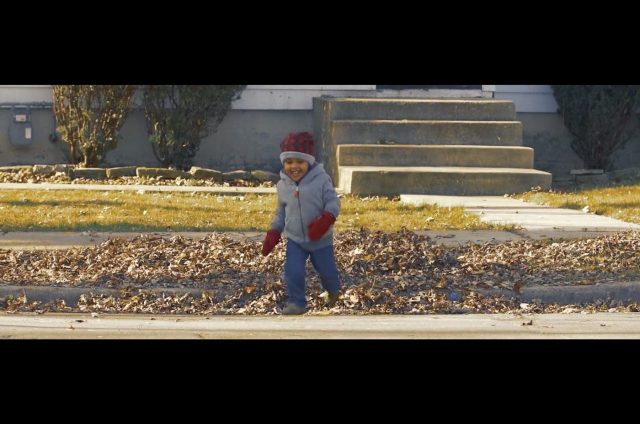 The short film, “Saint Paul” is based on a true story and tells a story of a quiet day in Milwaukee that goes tragically wrong. A serious accident in a neighborhood sparks a vengeful rampage that ends in murder. The short film’s title comes from a song by Milwaukee’s Jonathon Frost. Ruffin directed and wrote the screenplay for Saint Paul. Saint Paul will screen tonight as part of the Milwaukee Show I at The Oriental Theatre at 8:00pm.

For those who aren’t familiar with Ruffin’s work, he has directed many local music videos for artists like Prophetic, Klassik, Yo-Dot, and Dana Coppafeel & Speak Easy. He has also worked with national artists like T.I. and Action Bronson. Ruffin also created a web series called “Mad Black Men,” which was a parody of the popular show, “Mad Men.”

I had a chance to chat with Xavier Ruffin about the short film and why he chose to tell this story. I also talked to him about other projects that he is currently working on.

Read the interview below.

Can you tell me what St. Paul is about?

Saint Paul is a short film/alternative music video for Jonathan Frost’s song of the same name. It’s about us, as imperfect people, often desire to do good but wind up doing just the opposite. It’s about the struggle of the flesh battling the spirit.

According to the trailer, the film is based on the true story, can you explain the true story and what actually happened and why you decided to make a short film about it?

In the spring of 2015 a fairly well known man of the community made a terrible mistake. He accidentally took the life of another and when he tried to hold himself accountable for it he was immediately executed by the victims uncle with out due process. However, this was just the first domino in a line of tragic consequences that caused much more unexpected loss. This story hit both Jon and I close to home. Jon more so than others as he literally lives just a few blocks away from where it all happened. We felt this story had to be told as a snap shot of where we are today living this city of Milwaukee with a homicide rate is higher than the infamous Chiraq. Not to glorify violence but to give it a human face and show people that a few bad split second decisions can find you loosing the battle with sin or worse… Losing your life.

Why is it important to tell stories like this in film?

Everyone’s story is unique and not all stories have a happy ending. Its important for us to be honest as creators and filmmakers if we want to give accurate interpretations of the times we live in. This story was a tragedy but there is often more to learn from a loss than there is from a gain. To focus only on the negatives would be a missed opportunity. We need to develop the ability to empathize with those who wrong us if we want to understand why we wrong each other before we can break the cycle successfully. Stories like this, stories like Fruitvale Station and Foxcatcher, they exist as time capsules giving the masses an often neglected interpretation of human behavior and how a person’s choices fatally affect others in a real way.

We know you  are very passionate about music. Does music play an important role in the film? If so, how?

Music plays a very important role in St Paul. The lyrics that Jon lays down are somber, introspective and cutting but create this awesome juxtaposition with his pop synth delivery. He’s speaking to what it means to be human and imperfect. He sings about wanting to do good but constantly failing and falling short as we all often do.

Besides St. Paul, I hear that you are planning a web series based in Japan. Can you elaborate?

Yes! I’m developing a series about being young, black and living abroad and the first season takes place in Tokyo. Its still in its early stages but I can’t wait to share it with everyone. I think now is a great time in film and television for POC on all levels to produce stories for ourselves by ourselves staring ourselves. When you turn on the tube and see shows like Atlanta, Insecure, (RIP the Nightly Show with Larry Wilmore) and Queen Sugar you can smell the change in the air. I want to help add to that pot and tell a story about Black youth in a light we don’t get to see too often. What happens to the few of us that “made it out?” And by “out” I don’t  just mean the hood but out of America as a whole. What does it mean to be Black around the world? How is it different from America? How is it the same? And to be more specific, I want to highlight the intriguing link between Black American culture and the far east. From the days of Wu-Tang obsessing over Kung-Fu flicks to my generations cult-like affinity for Dragon Ball Z, PokéMon, Hayao Miyazak, Keiichiro Toyama and Akira Toriyama Black culture has a history of appropriating the far east and vice versa with the spread of Hip-Hop. I’m going to be doing some crowdfunding sometime soon so prepare your wallets!

What else can we expect from you  in the near future

Not too much… There’s always a million things that are supposed to happen and only a few things that do so I’ll let you know when I find out what’s actually happening next. For now, I’m focused on this new Tokyo project, my day job in entertainment marketing and a few music videos.