My Love Letter to the Milwaukee Film Festival

My Love Letter to the Milwaukee Film Festival 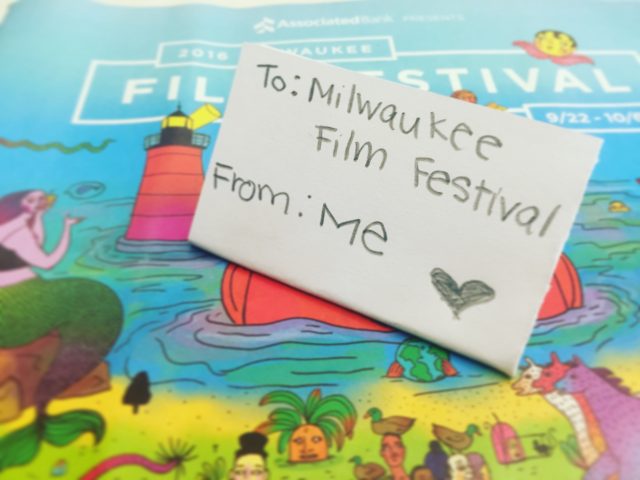 The Milwaukee Film Festival is my favorite two weeks of every year. At the end of September and into October I usually go to work until 4PM and then head right to the Oriental and see films until they stop showing them. Every day. For two weeks.

I love the film festival because it is Milwaukee’s celebration of Art with a capital A. And I am aware of how pretentious that is, but the thing is, people actually give a shit during the film festival. We give a shit about Art. We come out in droves to fill a 2,000 seat theater for a black and white, avant-garde, silent foreign film from the late 20’s. (The Man with the Movie Camera screened in 2014)  I’ve been to screenings of silent films before and I have been one of maybe six other lonely dudes in an empty theater, but The Film Festival’s buzz is infectious. It gets you to take a chance on a movie that you would never think of going to otherwise. That Czech drama billed as “a compassionate and tender village dramedy about a woman’s pursuit of the meaning of life?” Sure, I’ll see that. Or an “absurdist comedy from Belgium?” Sign me up! And I’ll see these because I trust the curators.

Milwaukee Film has a team of programmers that I trust. Anna Sampers programs the shorts, which have become one of my favorite parts of the festival. She digs the weird, the off kilter, and the downright surreal. It’s a team that wants to challenge you to be daring. To consume art that challenges your world view and puts you in someone elses shoes. This year there is a category, Cine Sin Fronteras, that aims to showcase the rich and vibrant Latinx diaspora from around the world. The Black Lens program features all African-American film makers, and the festival takes pride in the city too, featuring the Cream City Cinema program that is only for films and filmmakers from Milwaukee.

Some of my favorite things about the festival aren’t even the films. It’s being in the packed Oriental on opening night, going to the opening night party, which is something between red-carpet event and European underground club. It’s seeing people ask pointed or emotional questions in a Q&A. It’s dancing my ass off during the annual screening of Stop Making Sense. 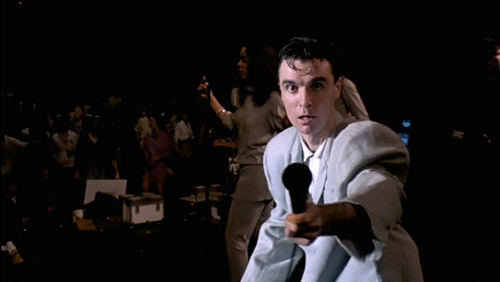 The Milwaukee Film Festival really is the whole package. I wish they could issue a pass to every citizen in the city so we could all dance together at Stop Making Sense, or get in the conversation after Milwaukee 53206: A Community Serves Time.

Until that happens, lets get out there and go to the fest. Let’s soak it up. Let’s learn more about our community, other ideas, other cultures. Let’s be swept away into fantasy worlds, and learn a lot about our own. Lets give a shit about Art.