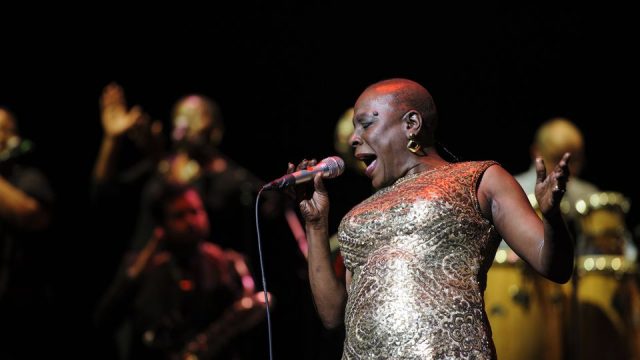 The Milwaukee Film Festival is almost a month away. Today, Milwaukee Film announced the eight films for one of my favorite programs – Sound Vision.  Sound Vision features some of the year’s best music films. Five of the films in the program were featured this past February in my must-see music documentaries of 2016.

Festival passes and ticket 6-Packs for the 2016 Milwaukee Film Festival are now on sale. For a complete list of prices, as well as a breakdown of the discount deadlines, visit mkefilm.org/tickets.

Check out the films below.

Responsible for penning and producing a litany of hits (“Twist and Shout,” “Under the Boardwalk,” and “Everybody Needs Somebody to Love,” to name a few), Bert Berns’ meteoric rise from obscurity (a childhood spent in the Bronx) to music royalty to made man (mob connections helped grease the wheels of his music enterprise) is a story you have to see to believe (perfect for fans of MFF2015 selection The Wrecking Crew). Interviews with rock royalty (Van Morrison, Sir Paul!) and vintage performances help round out this rousing doc, perfectly timed with Berns’ 2016 induction into the Rock and Roll Hall of Fame!

A travelogue and musical journey deep into the swamps of the Louisiana Bayou, the juke joints of the Mississippi Delta, and moonshine-soaked barbecues of the North Mississippi Hill Country, I Am the Blues is a moving tribute to the Delta blues. We visit musicians rooted in the genre’s heyday, many in their 80s, still living in the American Deep South and touring the Chitlin’ Circuit. Packed with a wealth of front-porch performances as virtuosic and passionate as when Delta blues was at its peak, this richly textured documentary shows how deeply the blues is ingrained in Southern culture.

I AM THE BLUES Trailer from EyeSteelFilm Distribution on Vimeo.

Sharon Jones is no stranger to adversity: Blessed with a voice that crackles like a thunderbolt from the heavens, she rose to stardom in the world of soul music at an age when most musicians would’ve given up. But at the peak of her fame, her career is put on hold when she’s informed that she has pancreatic cancer. Two-time Oscar winner Barbara Kopple (Harlan County, U.S.A.) brings us the personal story of Sharon’s recovery, as she struggles to hold onto her band The Dap-Kings and make a triumphant return to the stage, determined to come out the other side of her diagnosis as a soul survivor.

In this real-life Cinderella story, Samantha Montgomery cares for the elderly in New Orleans by day and, at night, takes to the stage at local open mics as the aspiring singer Princess Shaw. She also records soulful a cappella renditions of original compositions for a smattering of YouTube followers. Unbeknownst to her, in Israel, the enigmatic composer Kutiman was combining her stirring vocals on YouTube with a potpourri of crowd-sourced instrumentals, bringing one of her songs to life in a way that’s about to go massively viral. This is an immensely powerful story of social media bringing disparate people together in a cross-cultural exchange that just happens to make a dream come true.

From its inauspicious beginnings as a warehouse space hastily converted into a recording studio to the moment it finally shuttered its doors in 2010, Madison’s own Smart Studios carved out an important niche in the history of alternative rock, providing a home to landmark recordings from The Smashing Pumpkins, Death Cab for Cutie, and Nirvana, to name but a few. Ample VHS footage from the ’80s and ’90s of the various acts that came through its doors combined with full cooperation from Smart Studios co-founders Butch Vig and Steve Marker (also from the band Garbage) make this a vital piece of alt-rock archaeology and Wisconsin music history.

A SONG FOR YOU: THE AUSTIN CITY LIMITS STORY
(USA / 2016 / Director: Keith Maitland)

For over four decades, Austin City Limits has been a musical institution, the longest-running music show in TV history, a rollicking repository of some of our greatest musical acts (ranging from Willie Nelson to Ray Charles to Radiohead) letting loose with unforgettable performances. This oral history crackles with the energy of some of Austin City Limits’ finest sets as performers and admirers give testament to this monument of music and bring its history to life, with more archival performances and interviews than we could possibly list here (OK, we’ll try: Lyle Lovett, Wilco, B.B. King, Bonnie Raitt, St. Vincent, and so many more).

While young Sonita Alizadeh’s dreams will prove familiar to many audiences—she aspires to be a world-famous rapper and idolizes Rihanna—her circumstances are anything but: An illegal Afghan immigrant living in the suburbs of Tehran, she must navigate a veritable minefield of struggles in pursuit of her goal. As she pens bars that rail against the social injustice she witnesses as a young woman in Tehran, her aspirations take a critical hit when her mother reveals plans to bring her home and sell her as a bride to help provide for her family. A vitally important breath of cultural fresh air, Sonita won both the Audience Award and Grand Jury Prize at the Sundance Film Festival.

Milwaukee’s biggest dance party is back, as the best concert documentary of all time makes its way to the Oriental Theatre for another year. Come ride the wave of energy as David Byrne kicks things off with a blistering acoustic version of “Psycho Killer” and then slowly brings out his bandmates (including Milwaukee’s own Jerry Harrison!) for a series of sonic crescendos. And while MFF’s most beloved annual event isn’t a “Once In A Lifetime” opportunity, you can be certain that “This Must Be the Place” if you want to experience this doc as you never have before.