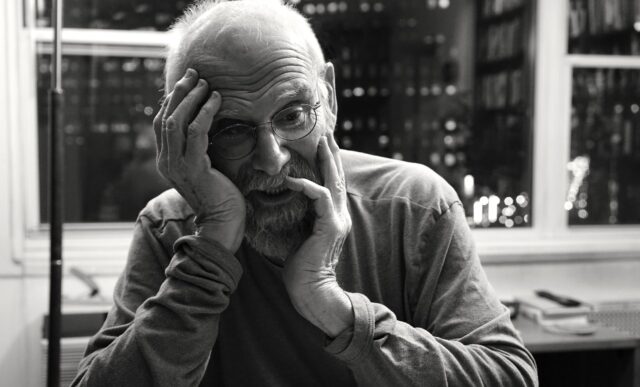 The Milwaukee Film Festival is about to be underway! The official start is at 4 p.m. on Thursday, Oct. 15. Check mkefilm.org/festival for all festival information.

Right when we scanned the program for movies that stuck out to us, we both landed on “Oliver Sacks: His Own Life.” We both have read a bit of his work, heard him on Radiolab, and were kind of familiar with him as a whole. One thing that this documentary shows, that we didn’t know before, is just HOW FREAKING HOT HE WAS. Oliver Sacks was a beefcake no doubt. We did not know this. Let the world know.

The doc is the telling of Sacks’ life, from his start in England, being pushed away by his mother for his sexual orientation, pumping iron at muscle beach, loading up on amphetamines, riding his motorcycle through the night to the Grand Canyon, (I know, some wild stuff here). But then the way he fell in love with writing and also with science. It shows just how one-of-a-kind this special doctor/writer was and the gifts he gave to so many. Absolutely a worthwhile watch and one you should catch at the film festival this year.

In the pod we go further in his legacy, other films like it and films we want to see, and, of course, everything else that we are watching this year. Check it out in the player below.